What Are We Learning From The Census of Agriculture?

In the past 5 years, Oregon saw slower farm consolidation than the nation 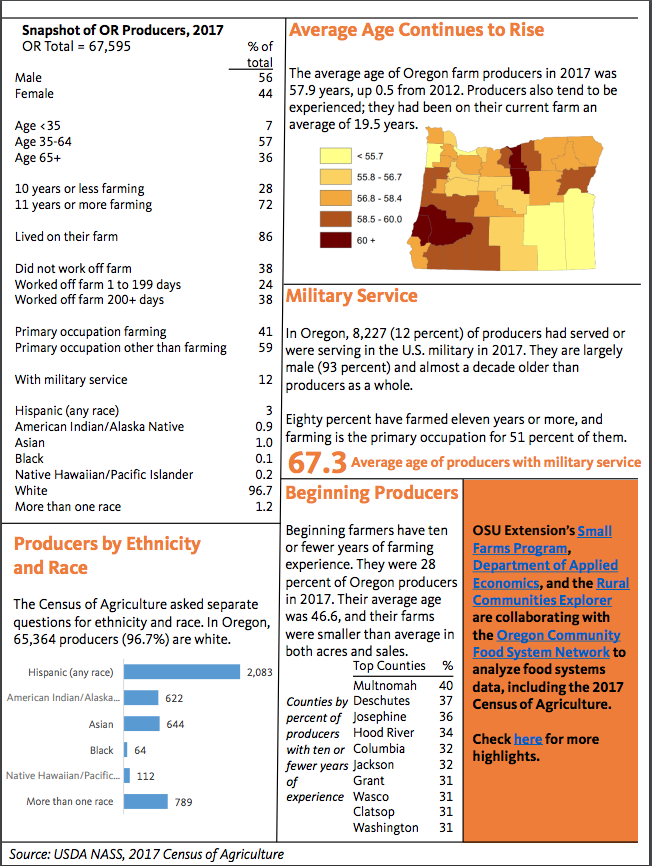 Land in farms declined in both Oregon and the US

Learn more about Oregon agriculture by the numbers on the OSU Extension website: https://extension.oregonstate.edu/food/food-systems/oregon-agriculture-n....