Tsuneo Kanzawa: The Man Who Saved the Grape Industry of Japan 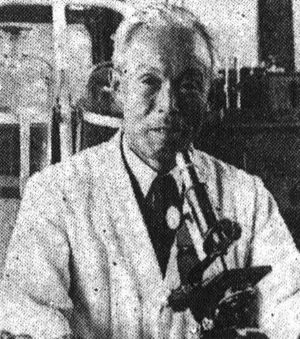 Phylloxera was originally a localized pest on the wild grapes native to the eastern Rocky Mountains in the U.S. However, phylloxera traveled with those American grape vines in the mid-19th century to France, and then rapidly spread throughout Europe. In France 100 million hectares of grape fields were infested in 20 years, which devastated the world’s largest wine industry. To call the arrival of phylloxera a calamity “like a cholera outbreak” reflects the level of fear this pest inspired in the agricultural community.

In 1885, the year this bulletin was written, Japan had just founded the Ministry of Agriculture and Commerce. They were promoting grape farming in hopes of attaining the dream of modernization. Although phylloxera actually arrived in Japan three years earlier, they clearly saw that this pest put their dreams in jeopardy.

After sounding the alarm, strict control measures were enforced. Infested plants were confiscated and burned as they were found, but the damage was slowly spreading. Surveys revealed that by 1924 phylloxera had been found in 39 prefectures and over 300,000 plants had been burned. The phylloxera epidemic was a devastating blow to the emerging Japanese grape industry. After only 16 years, the national wine grape project was scrapped, mainly due the phylloxera outbreak. 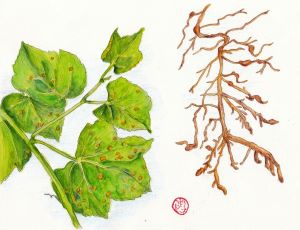 The area most affected was the Yamanashi Prefecture, which had been aiming to become the grape capital of Japan. Phylloxera leaf galls were found on “Delaware” grapes in the district by Mosaku Nakazawa and Kanzawa in 1910. Kanzawa had been a technician at the local agricultural experiment station for three years at that point. After their unfortunate discovery, further examination showed that the infestation had already spread to 44 hectares of vines. The Yamanashi Prefecture immediately implemented the designated crop protection measures. 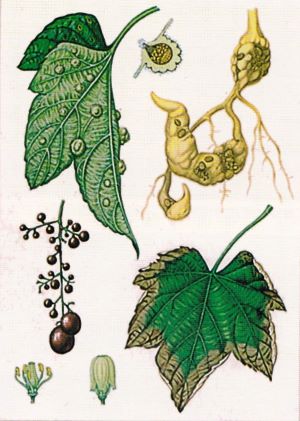 A glimmer of hope came in 1914, when seven phylloxera resistant rootstocks were imported to Japan and distributed to the major grape producing areas. A few years later, the Yamanashi Prefecture was chosen as the site of intensive grape crop production research. Kanzawa was appointed as the special technician to oversee the project. He was 29 years old and while he had graduated from an agricultural high school, he did not have any college education. To be chosen for this position he must have shown promise as an agricultural researcher, and indeed, he excelled for the remainder of his career.

When Kanzawa began his research on phylloxera management, the insect’s life cycle was already known. Resistant rootstocks had been created in other countries by breeding in resistance from wild North American grape species. However, the climate and cultural practices in Japan were different from those of the Western world. Kanzawa’s task was to build on research from the U.S. and Europe to establish control methods against phylloxera effective in Japan, and also to select resistant rootstocks appropriate for the grape cultivars grown in his country.

The literature available to Kanzawa from overseas described four adult forms of phylloxera: the root form, the leaf form, the winged form, and the sexual form. However, not all of these were present in Japan. Kanzawa never observed males (hence none of the sexual type) and very rarely saw the leaf form. He observed more vines showing signs of chronic symptoms than acute infection and death. The infected vines would gradually loose vigor, resulting in a yield reduction over time. High temperatures and humidity would increase damage, while low temperatures and rainfall slowed the symptoms. He also noted differences among microclimates, soil types, and cultivars.

Around the world, the best strategy emerging to fight phylloxera was the use of genetically resistant rootstocks. Kanzawa set out to evaluate 37 rootstocks imported from the U.S., identify the best adapted one to Japanese growing systems, and distribute them nationwide. After compatibility and productivity tests, he selected five rootstocks for each of the three main Japanese grape cultivars: ‘Concord’, ‘Kofu’, and ‘Delaware’. He also led a farmer-participatory project to develop grafting techniques for these new rootstock-scion combinations as well as top grafting to revive the affected plants. 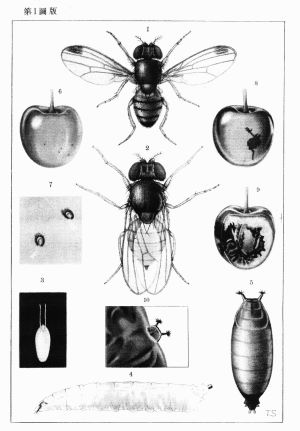 Farmers were slow to adopt his new phylloxera management options, but by 1925 enough resistant vines had been planted that infections started to diminish. Finally, in 1939 the project was determined to have accomplished its goals and the research farm was closed. The final report said that 117,358 phylloxera resistant seedlings and scions had been distributed to places as far away as Korea.

Phylloxera damage in Japan continued until the 1940s, as growers resisted re-planting their existing mature vineyards with susceptible vines until their field was affected. Currently the pest is not an issue in Japan. However, there are concerns about a recurrence because some farmers are opting out of using grafted vines with resistant rootstocks as the ravages of the pest fade into history.

Studies on Other Pests

Kanzawa is not only remembered for his phylloxera research. He also discovered (and given his name to) a new species of spider mite, Tetranychus kanzawai. He discovered these red mites in a mulberry orchard in 1926. They have turned out to be an important pest of grapes, mulberries, tea, spinach, watermelon, and strawberries. In recent years they are becoming increasingly problematic in greenhouse operations.

Another area of Kanzawa’s work that is drawing attention in recent years is his studies on Drosophila suzukii (SWD). He found cherries infested with larvae in 1916 and identified the new species after raising them in the lab. He conducted detailed observations and reported that this pest could have up to fifteen generations in a season, and could also infest other soft fruit crops such as strawberries, persimmons and many other berries and fruits. He recommended a molasses and wine solution for effective trapping. The SWD is native to East Asia. It was found in Hawaii in the 1980s and then spread to the US mainland in 2008 and Europe shortly thereafter, inflicting huge damage to the cherry, blueberry, grape, and other similar industries. As the Western world scrambled to react, Kanzawa’s studies from the 1930s provided guidance, 80 years after their publication. 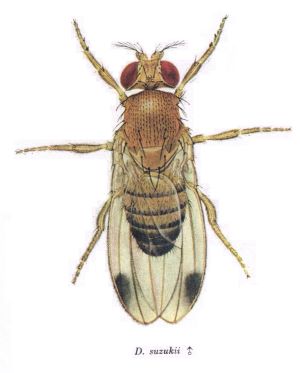 Kanzawa’s third triumph was the identification of the citrus flat mite, Brevipalpus lewisi. He found this pest in a vineyard in 1927. Local farmers called plants with damage from this pest “stained vines,” as black necrotic tissue would develop at the base of new shoots. Kanzawa showed that this mite was the causal organism of the mysterious symptom. He also found that lime sulfur is effective to control the pest.

In 1942 Kanzawa retired as the head of the pest and disease department of Yamanashi Prefecture Agricultural Experiment Station after serving for 36 years. This was in the middle of WWII. He briefly worked for a food supply monitory body, but missed the research work and returned to Yamanashi Agricultural Experiment Station in 1946 being contracted for the pest monitoring project for four years, then continued to work as a pest and disease specialist.

His expertise as a pest and disease specialist shone through in a severe rice crop failure caused by the cold summer of 1953. Rice blast (Magnaporthe oryzae) spread through the Yamanashi Prefecture like wildfire. All pesticides were out of stock. Kanzawa was on the front lines of this disaster, even teaching farmers to use wood ash and formaldehyde as a makeshift pesticide. After that experience he wrote an article about what he learned, which became his last publication. He passed away on June 2, 1954 after complications from an intestinal surgery he had earlier that year. He was 66 years old, a slim figure with grey hair, good natured and looked after his subordinates well. His Buddhist given name described him well: The Great Daily Agriculture