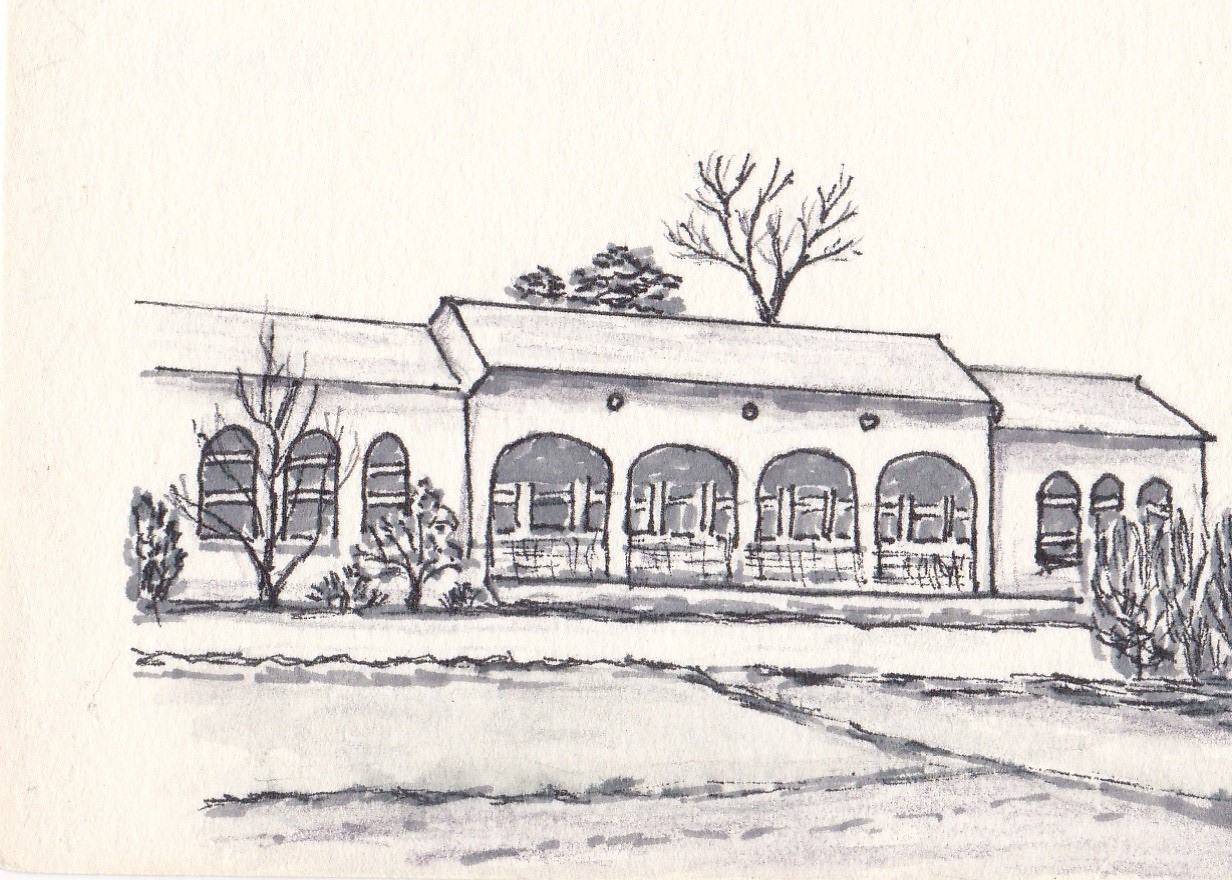 From Chigasaki Farm to the World Market

A long time ago when the author was a college student, he visited Chigasaki Farm of Sakata Nursery (currently Sakata Seeds). The farm is located between Fujisawa and Chigasaki Japan Rail Stations along the Sagami River. The buildings on the farm were modern for that time, including multiple glass houses.

It was on this visit when the author encountered petunias for the first time. The impression of the flowers has faded away, but to this day he remembers the story of ‘All Double’ petunia. The double flowering ‘All Double’ petunias from Sakata, which astonished the world in the years before World War II, were from Chigasaki Farm.

Petunias are native to South America. They became a horticultural crop in the 1930s as hybrids were made in England. Various colors and shapes of the flowers were then created in Europe and the U.S. and became increasingly popular. Double flowering petunias were hard to come by; however, in spite of the fact that they were discovered in Europe as early as 1849. Double flowering petunias do not produce seeds. Despite much effort to find a reliable method to breed them, prior to 1930 the occurrence of the double flowering trait in petunia seed was 50% at best. Takeo Sakata, the founder of Sakata Seeds, was the one who came up with a method to produce seeds of 100% large wavy double petunias.

On a side note, petunias were first introduced to Japan when the delegates to the United States led by Niimi, the Provincial Governor of the Fukuoka Region, came back in 1860. In Japan, petunia was called ‘Tsukubane Morning Glory’ (Tsukubane: Japanese badminton shuttlecock with five wings).

The Discovery of Nagaharu Woo* that Stunned the World 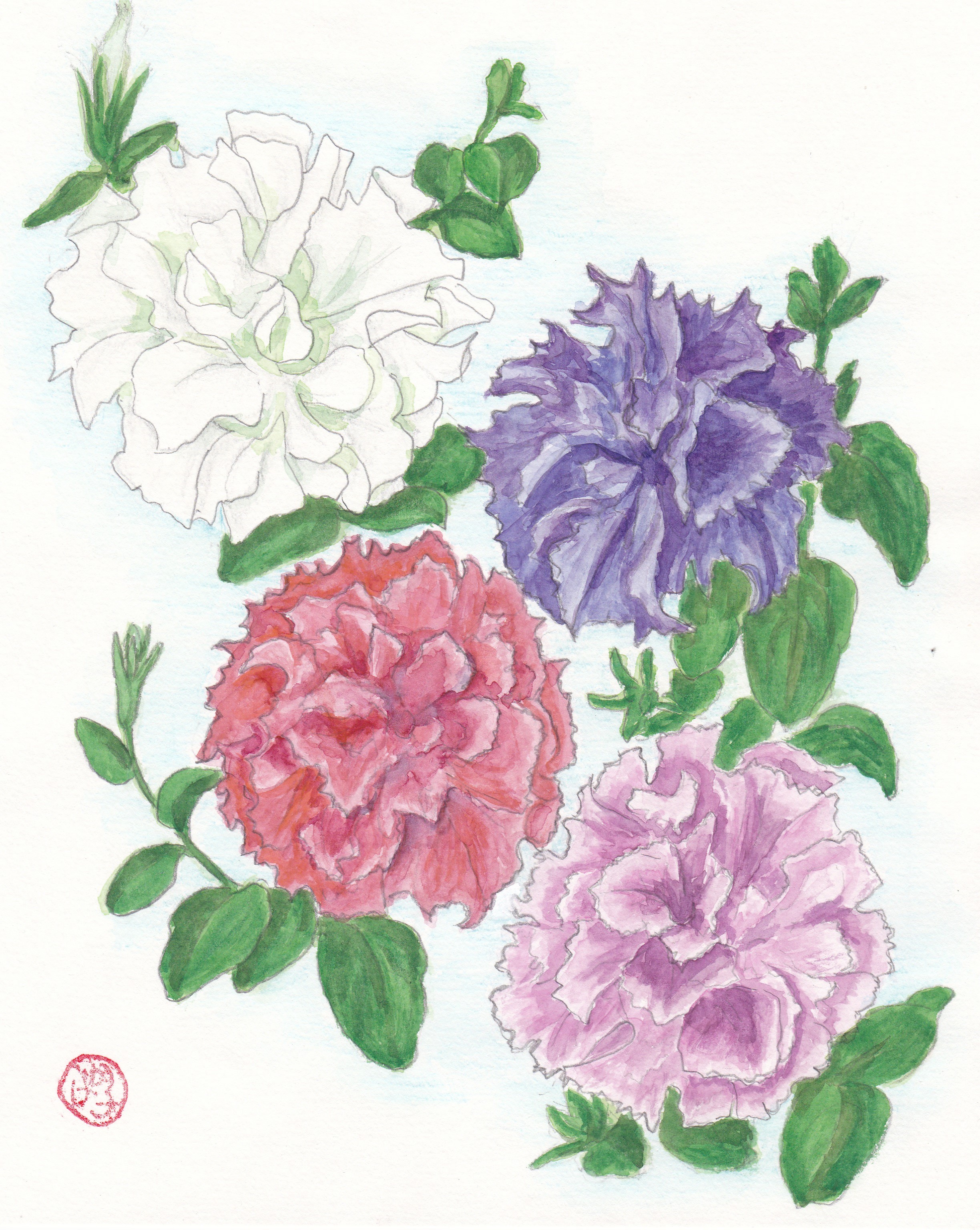 Here is the hidden story on how ‘All Double’ petunia came out. It started in 1927 when Dr. Nagaharu Woo conducted genetic tests on seeds offered by Sakata. The tests were done at the Agricultural Experiment Station of the Ministry of Agriculture and Forestry in Konosu, Saitama Prefecture. Woo hypothesized that the double flowering trait was controlled by a single dominant gene. It took about a year to prove hypothesis correct. He used the study for his Ph.D. thesis. The night before he was going to turn in his thesis; however, there was a fire at the Agricultural Experiment Station and part of his study was burned. In 1930 he published a one page paper for the Journal of Genetic Study (of Japan) with a footnote saying that all the data was lost in a fire, but he mentioned that the results could be repeated. If this thesis had been published in English, ‘All Double’ would have never been exclusively Sakata’s.

At that time the only “double flowering” petunia seeds available were sold by the German company Benary. They were mixtures of double and single petunias sorted by color. In double flowers the stamens become petals; therefore, no seeds can be obtained. In some cases, the double petunias have anthers attached at the end of the double petals, and only some of them produce pollen. In his research, Woo created genetically homozygous double flowering plants to serve as a male parent. These were propagated vegetatively to increase their numbers. When the pollen from these is dabbed on to large single flowering line’s pistils, the resulting F1 generation will be all large and double flowering, according to Mendel’s Law. This phenomenon is nothing special now, but at that time it was an extraordinary finding that nobody else in the world had discovered. The materials he began with were obtained from the “double flowering” petunia of Benary.

As soon as Sakata learned how to create double flowering petunias from Woo in 1929 he was determined to bring it into commercial production. Of course, no new cultivar would come out simply because the knowledge existed. In order to tap in to the international flower market, a breeder’s skill and an entrepreneur’s courage had to come together. Fortunately, Sakata spent four years exploring the United States and Europe when he was young, and he understood the horticulture industry well. If he had not had this experience, he could have not effectively commercialized ‘All Double’.

The Power of Sakata Magic

When the Sakata Company exported ‘All Double’ petunia to the United States and Europe in the 1930s, nobody knew the secret Sakata had found. The large wavy 100% double flowering petunia was a sheer surprise, and it sold like hotcakes. People called it ‘Sakata Magic’. A newspaper reported, “Believe it or not, petunia seeds from Sakata are worth 10 times more than gold”. In fact, at that time the price of ‘All Double’ seeds was over $10,000 per pound while the fixed price of gold was $550 per pound. They were traded at almost 20 times the price of gold, to show just how hot the item was. 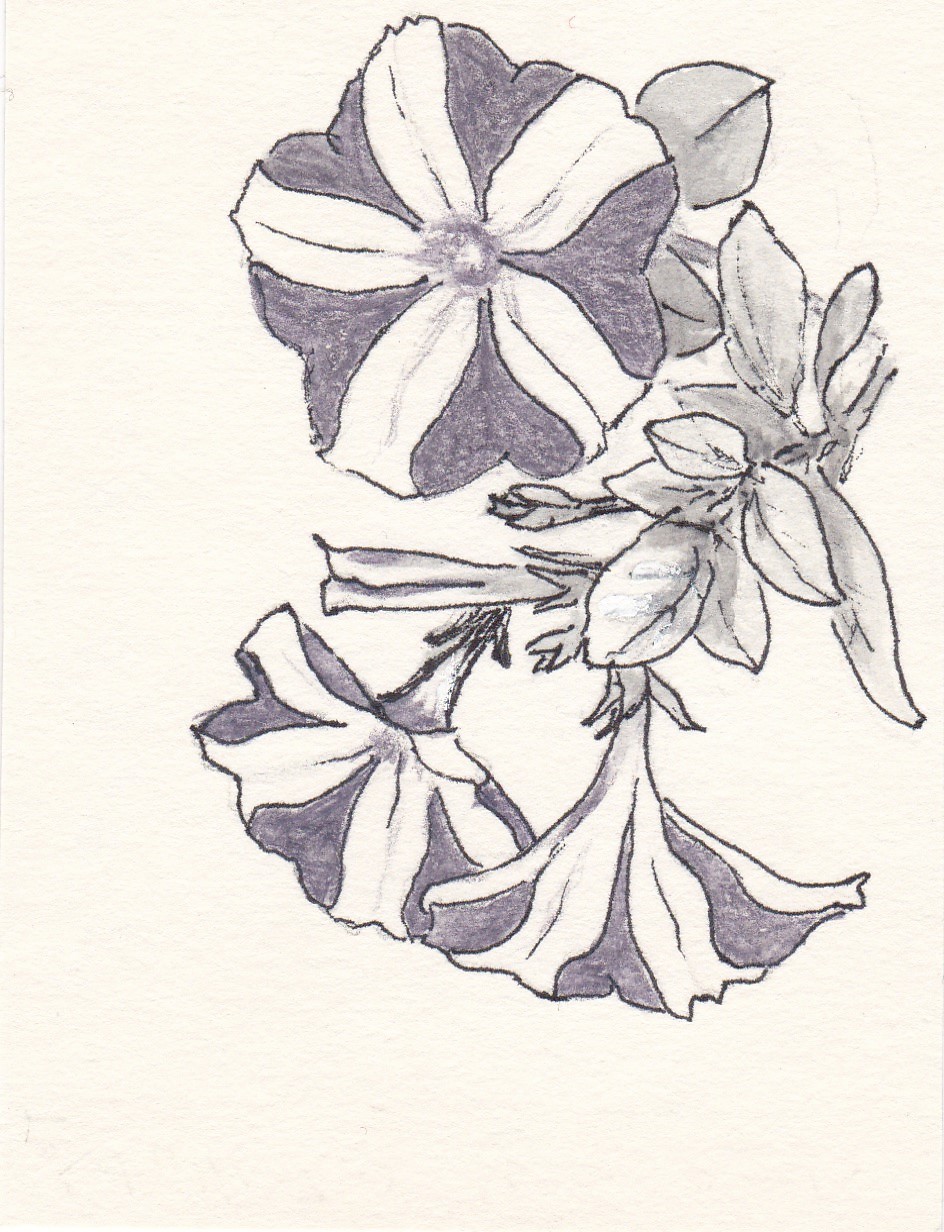 Sakata’s domination of the market with ‘All Double’ vanished overnight as World War II broke out in 1941. As many farms in Japan turned into sweet potato fields, young overseas researchers like Charlie Weddle, who later started PanAmerican Seeds, figured out the secret of double flowering petunia. Soon many superior cultivars started to appear in the market.

Though Sakata Company’s business was devastated by the war, it made a dramatic postwar comeback. Around the 1960s Sakata developed a small red and white bicolor F1 petunia called ‘Gritters’. He was able to sell it at 16 times more than his production cost, and regained his reputation in the overseas market. With the help of financial gains from F1 hybrids of melon, sweet corn, spinach, etc. released in Japan, the company’s stake in the world market was once again solidified. It should be noted that this quick recovery would not have been possible if Sakata’s rather bold request of business assistance to GHQ (Supreme Commander for the Allied Powers) had not been granted. It is said that one of the officers who was aware of his double flowering petunia assisted him in obtaining the glass and coal the farm needed to recover.

Recognition For His “Flower Work”

In the horticultural world, the All-American Selection’s general meeting is known as the most prestigious event to recognize excellent flower and vegetable cultivars. In 1965 the president of Sakata Seed, Takeo Sakata, received the AAS’s ultimate prize, the Silver Medallion, in recognition of his work as a breeder who produced superior cultivars. He was the first non-American to be awarded the prize. The award was given to Sakata for his years of dedication to the production of excellent flowers and vegetables. Prior to receiving the Silver Medallion, the company received several other AAS awards for plants in the Sakata line: ‘Victorious Mixed’ in 1934, ‘Gaiety’ and ‘Orchid Beauty’ in 1938, ‘Apple Blossom’ in 1939 and ‘Blue Brocade’ in 1941. However, the best work of all had to be the creation of double flowering petunia, ‘All Double’.

In recent years the agricultural industry has become increasingly globalized, and international competitiveness is required for its products. Almost a century after it happened, Sakata’s work of introducing the large double flowering petunia to the international flower industry shines through. This was not just a story of exporting agricultural commodities, but also is noteworthy for his strategic use of cuttingedge scientific knowledge. The birth of the astonishing ‘All Double’ petunia was only possible because the knowledge of the geneticist, Nagaharu Woo, and excellent breeding skills and entrepreneurial spirit of Sakata came together. In modern terms it would be called the result of a research collaboration between industry and academic entities.

After the war, Nagaharu Woo went back to his father’s home country, Korea, where he contributed to various vegetable breeding projects including Chinese cabbage. He passed away in 1959 and is called the Father of Agriculture in Korea. His life is detailed in the book, ‘My Home Country’, by Fusako Sumita, published by Shincho-sha publishing.

“There is no end to the work on flowers,” was often repeated phrase of Sakata. Beyond no end, the work to breed flowers must be ever flourishing. *Jang-Choon Woo (Nagaharu in Japanese) is known for Triangle of U; genetic relationships among six species of the genus Brassica. He also led Takii Seed Co. to establish the F1 breeding system of Brassicaceae crops right after the war.