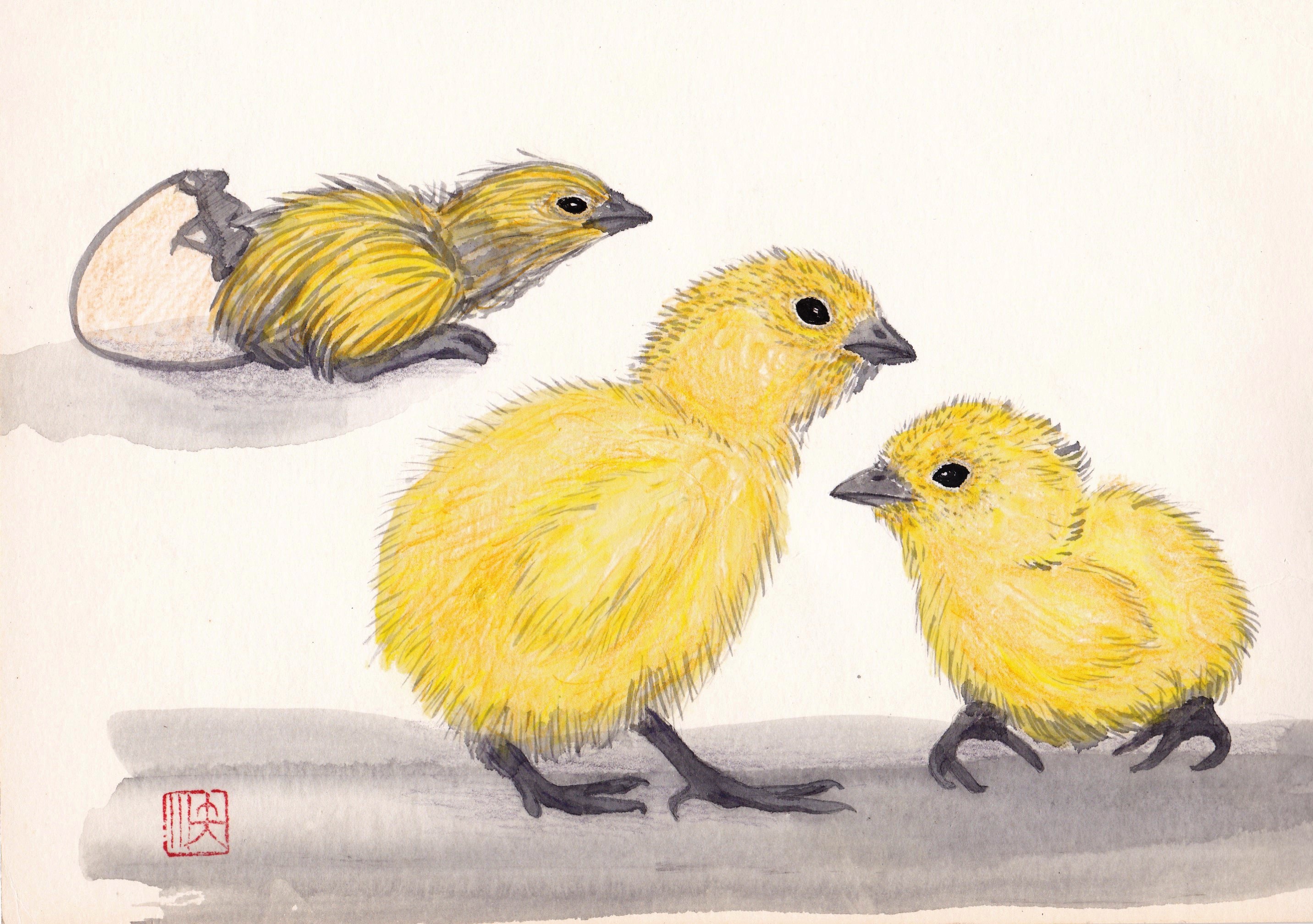 In the mid 1920s, a poultry farmer and his daughter visited the National Husbandry Experiment Station in the Chiba Prefecture of Japan. His name was Manabu Kojima, and he had come to learn a new chick sexing technique. He introduced himself to the staff, and told them that he had brought his daughter along because his hands were too stiff to pick up chicks.

It was in the middle of a depression in the farming community, and the government was promoting increased egg production as a means to save farms. Artificial incubation had recently been developed, and the number of chicks raised had increased dramatically. Farmers needed a method that would allow them to determine the sex of their chicks as early as possible, because they could not afford to feed male chicks that could not be used for egg production. Until that time, chick sexing was done by examining the coxcombs, or assessing feather development. It took a month before the sex could be identified.

The new chick sexing technique, called vent sexing, was developed by three researchers at the Chiba experiment station in 1924: Kiyoshi Masui, Shigeo Hashimoto and Isamu Ono. They found that male chicks have a slight bump on their “vent”, i.e. the opening below the tail, that does not appear on female chicks.

After completing the training, Kojima tried it on his chicks. In practice, it was not so easy to detect the bumps, because here were many questionable bumps on the females. After examining 20,000 chicks, Kojima developed a guide that described the different forms and colors of the bumps. His efforts inspired researchers like Masui to further refine the technique. The result was a standard that helped improve the accuracy rate.

In 1929, the first association for chick sexing was started in the Aichi Prefecture. This led to the development of the National Association of Chick, which still exists today. They improved the technique by hosting chick sexer competitions and nurturing highly qualified chick sexers.

Early competition records show that it took 13 minutes to examine 100 chicks, and the results were not always perfect. Today, it can take a professional chick sexer just over three minutes, with 100% accuracy. In 1933, Hikosaburo Yogi was sent to the U.S. to demonstrate the vent sexing technique at experiment stations and universities. His accuracy rate was 100%, and his impressive results helped to establish the technique in America.

For many years, skilled Japanese chick sexers were sent around the world to assist and train chick farmers. The vent sexing technique is now widespread, and numerous countries have adopted it. Although many countries now educate their own examiners, about a hundred Japanese examiners are still sent overseas every year.

Recently, there have been attempts to mechanize chick sexing, to develop different color eggs using biotechnology to differentiate chick sexes, and to find ways to examine eggs before they hatch. So while vent sexing may eventually become obsolete, it will likely still be used where these new techniques are unavailable or unaffordable. The invention of vent sexing teaches us that participation by people in the field is key to developing and refining new technology, more so than merely introducing expensive equipment.