Pasture Management: Fall Back to Spring Ahead

It seems counter-intuitive, but the forage production calendar starts in the fall, not the spring. Results of long-term research by Dr. Steve Fransen and his colleagues throughout Washington and Oregon are causing pasture managers and forage advisors to rethink many traditional practices and grazing calendars. This article will highlight management actions to enact this fall that will pay off in higher forage production next spring.

Most pasture grasses in the PNW are cool season grasses, meaning they grow best throughout spring, slow down during summer then regrow again in the fall. Examples of these plants include orchard grass, timothy, fescues, ryegrasses, and virtually all other pasture grasses in western Washington and Oregon. Their growth starts in the spring after average daily temperatures reach 42°F and increases steadily with rising environmental temperature. Growth slows as average temperatures approach 62°F and ceases entirely above 85°F unless irrigation is applied. In general, growth declines significantly after June 21 as plants begin the first of their two annual root-shedding phases. 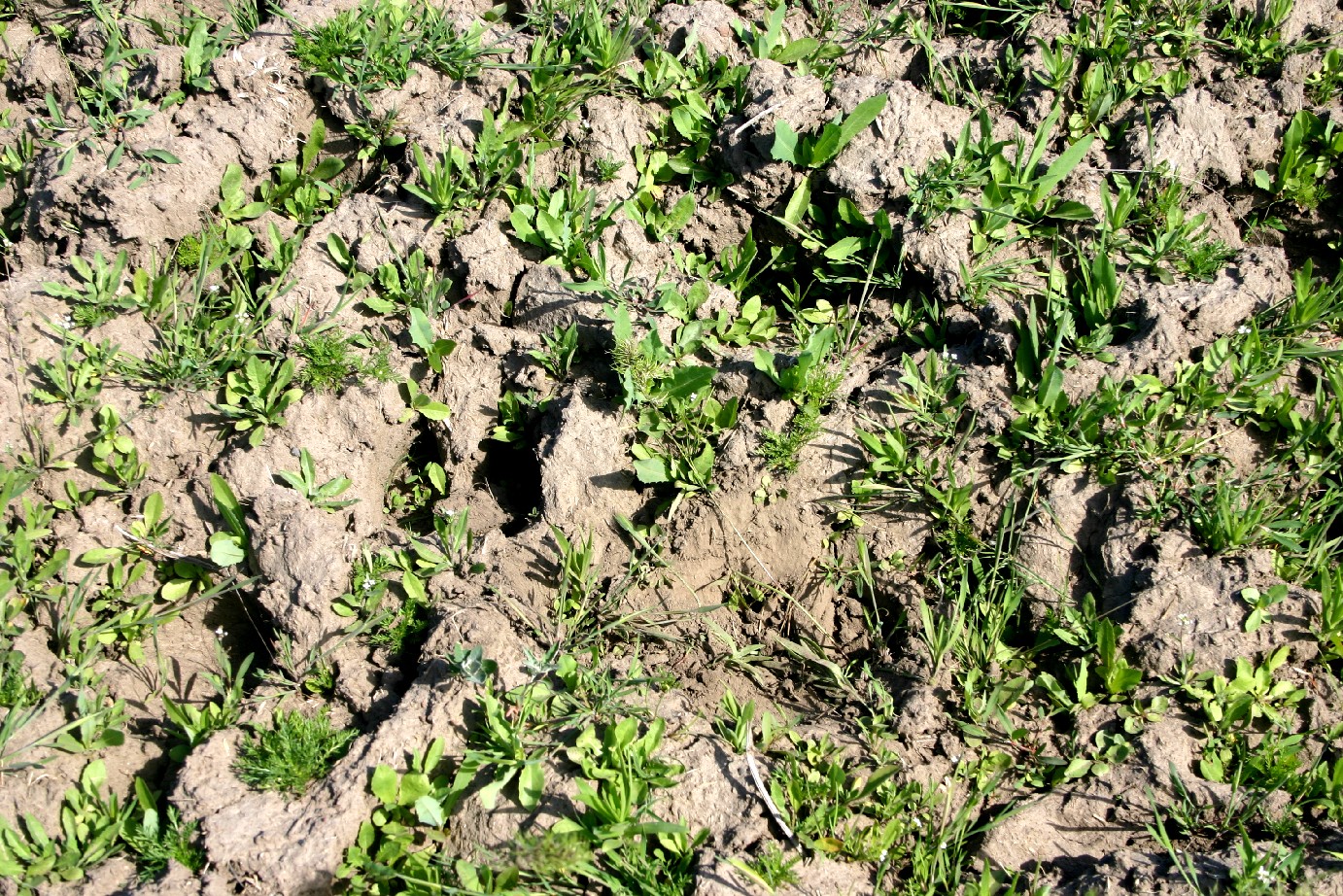 What Happens in Early Fall?

At this time of year (mid-September), cool season pasture grasses are just starting to renew growth after summer dormancy induced by heat and lack of water. If they were not overgrazed and have sufficient stored carbohydrates as an energy source, grasses can regenerate their roots and develop many growing points for next year’s pasture production. Most cool season grass growing points are created in the fall, meaning more tillers, denser stands, more leaves and fewer weeds the following season, which means production of more forage and nutrients for livestock.

Forage grasses store most of their carbohydrate energy reserves as sugars in the bottom 3” of stem, not in the roots. Some sugars are stored in roots but quantities are small compared to what is stored in the lower 3” of stubble. Allowing livestock to graze down into these reserves in the fall is like robbing the bank: in the spring, instead of using sugars stored in the lower stem to start new growth, grasses must use root sugars. This “loan” of energy from the roots will manifest itself as delayed and decreased forage production in the following grazing season. Expect a large increase in weeds throughout the pasture, as well, due to delayed and less vigorous grass growth.

Here’s another counterintuitive pasture management concept: if livestock are kept off pastures during critical growth periods, next season’s production will compensate for hay fed during this exclusion period.

A critical growth period is very early spring, when plants first green up. Growers are tempted to turn animals out early and stop feeding hay, but this is a bad decision with season-long effects on pasture production. Many livestock owners turn animals out too soon, unknowingly shooting themselves in the foot (or wallet). Removing leaf matter so early in the spring means the photosynthetic capacity of the plant has been curtailed; new root regeneration is slowed and recovery and production will be set back several weeks. In addition, livestock can cause significant compaction and other long-term damage if they have access to early spring pastures that are often still saturated with water (see Photo 1).

Another very critical growth period is NOW. Cool-season grasses are generating roots after their summer semi-dormant period. They are also creating and storing carbohydrates. Contrary to previous beliefs, most carbohydrates are stored as sugars in the lowest 3” of the stem, not in the roots; this makes them susceptible to removal by livestock through overgrazing. Again, removing these sugars now results in reduced plant vigor during winter, slower green-up in the spring and reduced overall production next year (see Photos 2 and 3).

Stored sugars are also a critical factor in a grass plant’s ability to survive winter. Some of these carbohydrates act as a natural anti-freeze for plants. Without this anti-freeze, pasture winterkill rates can be substantial.

Thanks to Dr. Steve Fransen for reviewing this article. 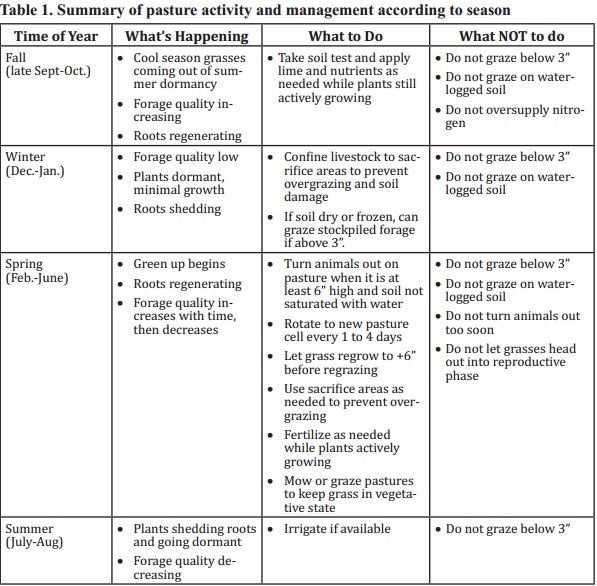