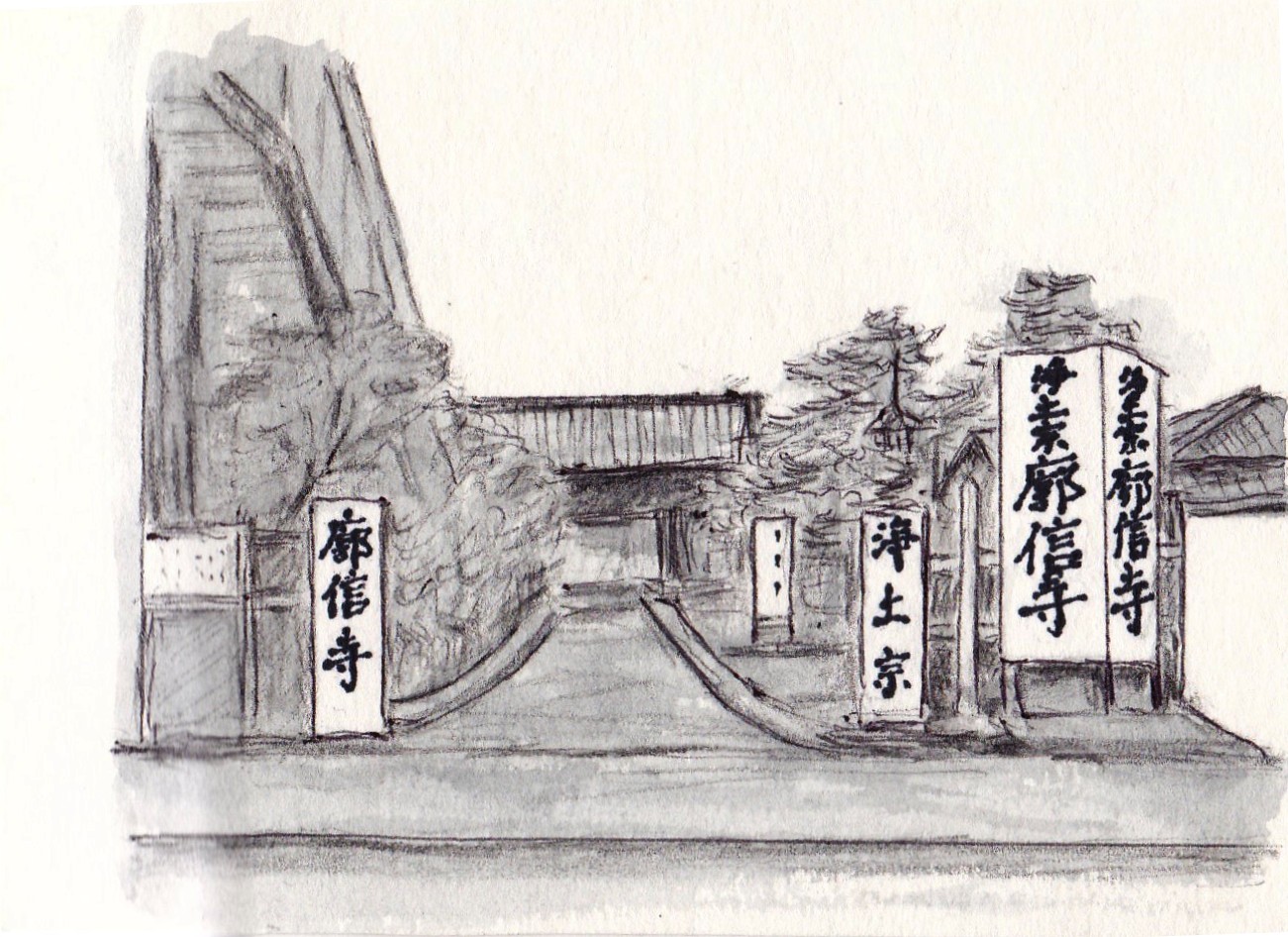 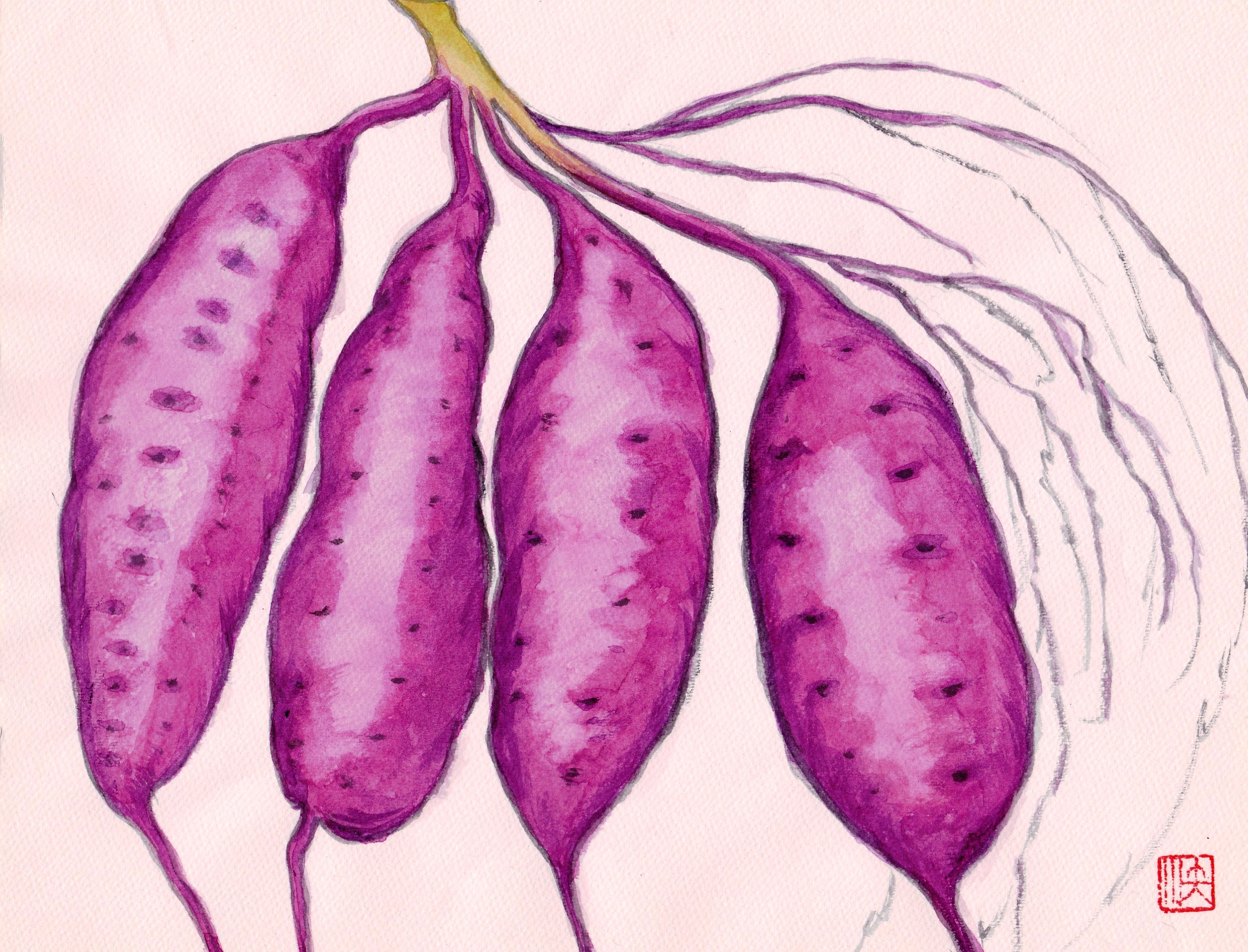 North of the Kita-Urawa train station in Saitama, Japan, stands the Kakushin-ji Buddhist temple. At the front gate, a modern sign reads “Birthplace of Beniaka: Queen of the Sweet Potato”. The ‘Beniaka’ bright red sweet potato, also known as ‘Kintoki’, was discovered nearby in 1898 by a 35-year-old farmer and mother of 8 children, Ichi Yamada.

Ichi had four sons and four daughters. Her husband owned a straw mattress business and was often away from home, so she managed their half-acre farm plot. It is said that she was a very meticulous person: when she sowed rice, she insisted on selecting only the best and most uniform seeds. In the fall of 1898, when she was digging sweet potatoes, she noticed seven bright red tubers below the vines of an heirloom cultivar called ‘Hachifusa’ aka ‘Yatsufusa’. Its tubers are light pink, so it is no wonder that the bright red sweet potatoes attracted Ichi’s attention. She took one home and steamed it. The flesh was yellow and tasty, with a nice fluffy texture. In the following season, she grew more of the bright red sweet potatoes and took them to the market. At first, people were wary about their unfamiliar color, but they soon earned a high price. 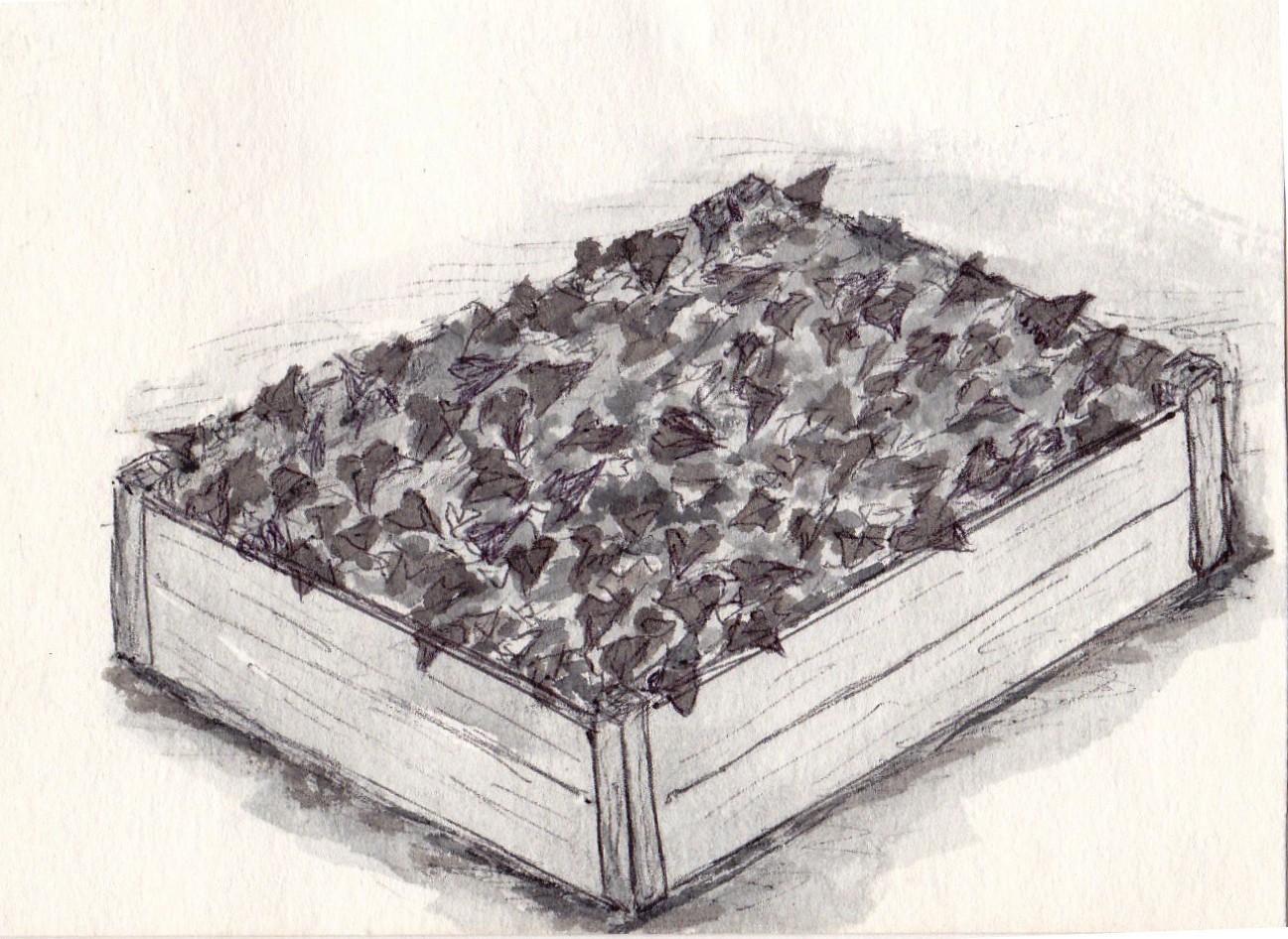 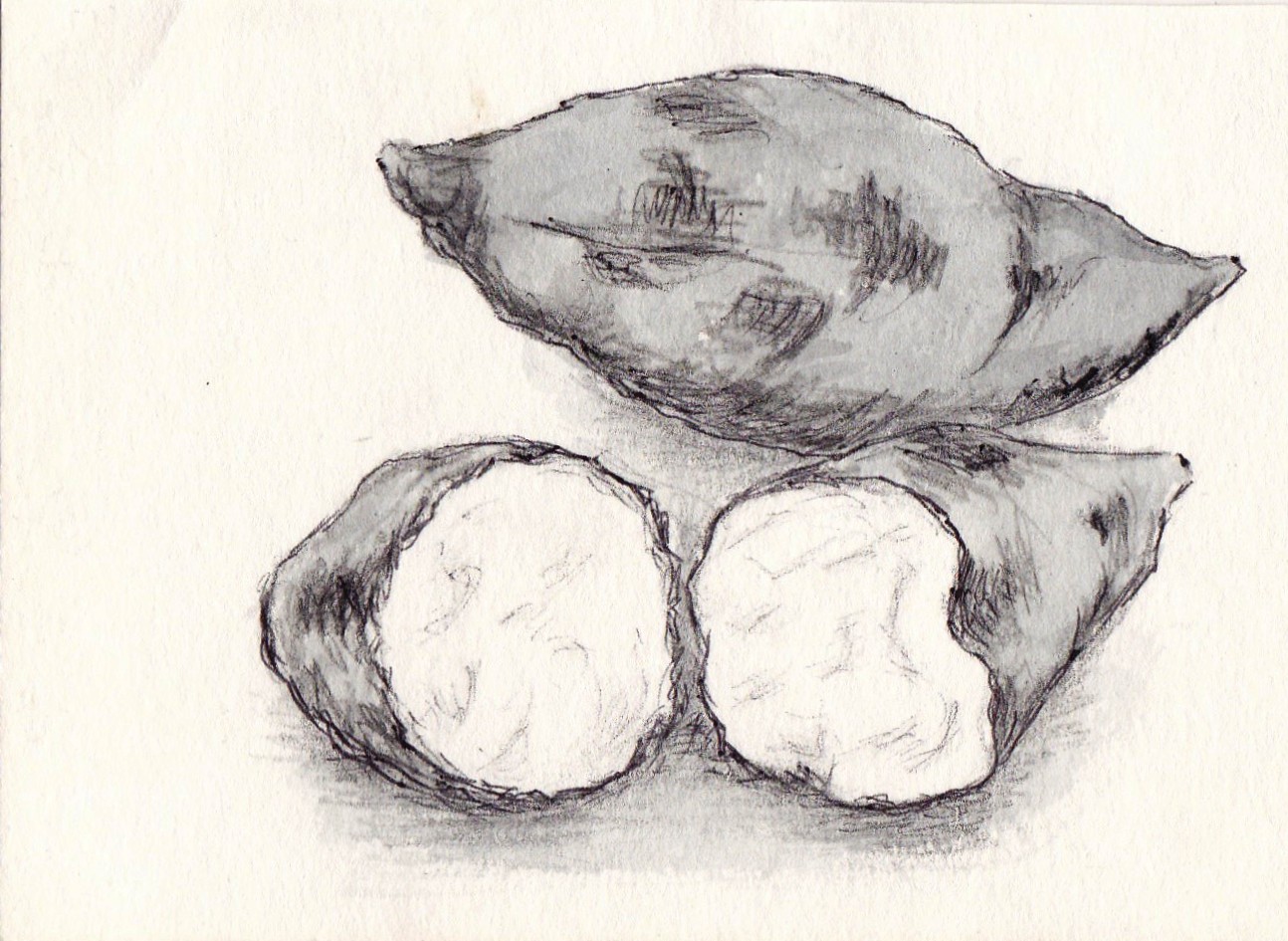 After two years of observation, Ichi was confident that she could propagate her new cultivar, so she started marketing it. She sold a 60 kg bag for 5 yen. At the time, the same quantity of rice cost 5 yen, but sweet potatoes cost 1/5yen (20 sen)- -so her cultivar sold for 25 times the price of other sweet potatoes.

News of the bright red sweet potato spread rapidly, and many farmers requested the vines. Although Ichi readily sold them, the demand became overwhelming because she was also raising 8 children. Eventually, her nephew, Mikizo Yoshioka, took over the propagation business and named the new cultivar ‘Beniaka’, a reference to its bright red color.

Mikizo had to make sure that the tubers were of good quality so that they would produce vines in the following spring. At the time, it took a great deal of effort to store and propagate vines during the winter. Mikizo dug nursery beds filled with compost and fallen leaves which produced heat. To regulate the temperature, he had to cover and uncover the beds with straw mats.

‘Beniaka’ spread rapidly in the Kanto region around Tokyo. At its peak before WWII, 36,000 hectares of ‘Beniaka’ were grown. During and immediately after the war, their cultivation declined because they yielded less well than other varieties; however, production resumed once the economy recovered because of their fine flavor and texture. Not only was ‘Beniaka’ baked and steamed, but it was also used in the confection industry to make sweets. Recently ‘Beniaka’ has gained attention as a specialty regional variety. 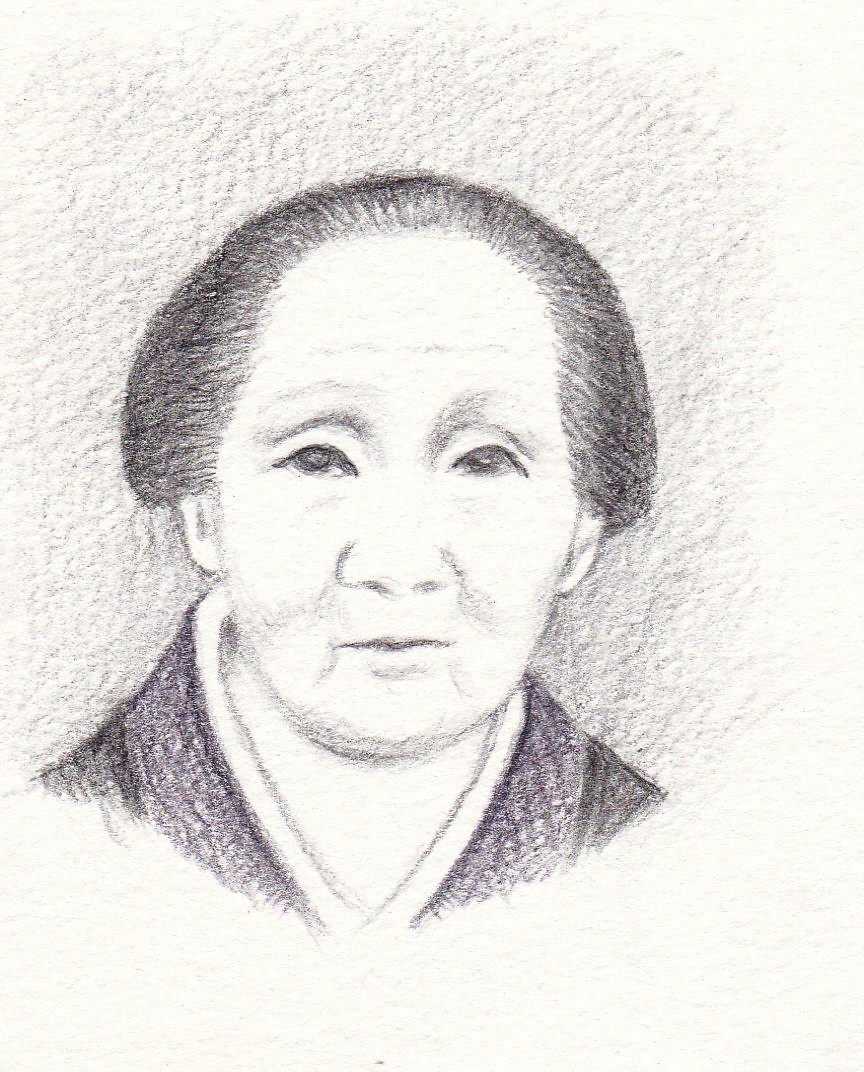 Although the acreage of ‘Beniaka’ declined with the introduction of more productive and disease-resistant cultivars such as ‘Beniazuma’, it is still grown in Japan on a small scale. With more than a century in cultivation, ’Beniaka’ is an extraordinarily long lasting cultivar. Sweet potato farming became widespread in Japan during the mid-18th century, when a scholar named Konyo Aoki promoted it as a means to prevent famine. ‘Beniaka’ is considered to be the only cultivar that retains the legacy of that era. Konyo cultivated the variety ‘Akaimo’, from which ‘Hachifusa’ was a sport, and ‘Beniaka’ was a sport of ‘Hachifusa’.

In 1931, Ichi received the prestigious Tomin Prize for distinguished farmers. It was one of the highest honors given to farmers at that time. Upon receiving the award, she denied that she had done anything special to deserve it: “I just found a cultivar”, she said. In spite of her modesty, no superior cultivars— whether from traditional crossing or biotechnology- -would exist without the excellent observational skills of plant breeders. Ichi’s keen powers of observation that were nurtured through daily farming activities certainly merited the highest prize. Her achievement is also remarkable because there are ery few Japanese vegetable cultivars known to have been developed by women. Ichi lived for 75 years and died in 1938. Until the end of her life, she helped out in the field growing sweet potatoes. She is buried behind the Kakushin-ji temple.

Recently, the author visited the Yamada family home near Kakushin-ji to hear stories about ‘Beniaka’. Ichi’s portrait hangs in the living room. It was probably drawn at the time of the award ceremony. The field in which she found ‘Beniaka’ is now a residential development, but the storage room she used for seed potatoes is still in use. Ichi’s great grandson Seiichi Yamada said that when he works there, he remembers Grandma Ichi sweating in the sweet potato field!