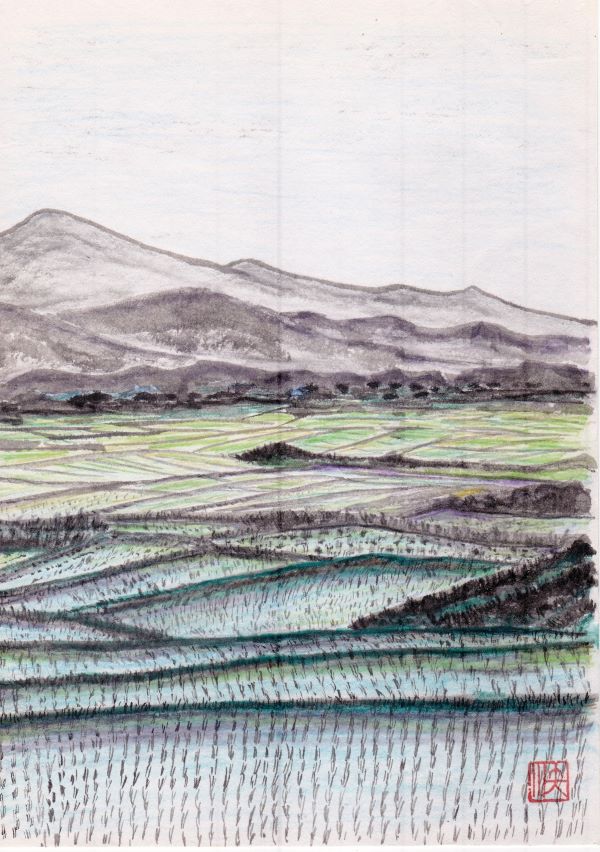 “Since ancient times, the farmers of the Shonai region in northern Japan have always been trying to create new and improved rice cultivars. The method that they use is intriguing. To begin, they plant two cultivars of rice alternately. When both varieties start flowering, two people hold two ropes along the length of the rows and gently shake the plants. Year after year, the people of Shonai create hybrids this way and select the best resulting plants.”

These are the words of Shigetomo Kato, an important member of Japan’s Ministry of Agriculture and Commerce in the early 20th century who was originally from Shonai district. The love and respect that Kato had for his people in Shonai are evident in the way he describes their traditional plant breeding practices.

Kato is remembered as the person who initiated modern rice breeding in Japan. His breeding strategy, which is still an essential rice breeding method today, was first tested at the Kinai agricultural experiment station. This took place in 1904, four years after the rediscovery of Mendel’s Law of genetic segregation.

As Kato reported, farmers in the Shonai district have long been enthusiastic about rice breeding. Many prominent modern cultivars are traced back to the variety ‘Kameno-o’ (Tortoise Tail) which was selected by a farmer in Shonai in the late 19th century.

The Shonai rice farmers came together and started an association of farmer-breeders to advance their goal of creating improved rice cultivars adapted to their region. When modern rice breeding efforts began, the farmers’ association would use their connection with Kato to invite expert instructors to visit and share their knowledge. The association would also send its leader, Junji Sato, and other members to the Kinai agricultural experiment station to receive further training.

Sato and his colleagues learned the tedious work of doing crosses in a hot greenhouse, where pollen of the male parent is placed on to the individual pistils of the mother plants. They were also taught how to apply Mendel’s Laws in the selection process and other cutting edge scientific concepts.

The farmer-breeders put what they learned to use in a two-step breeding strategy. They began with the selection of superior breeding lines, which were used to create hybrids. The hybrid seeds were then distributed to the farming team, who conducted field trials and further selected strains well suited to the area.

The association’s efforts resulted in several important rice cultivars. The group’s variety ‘Fukubozu’ (Happy Monk) became popular in the south-central part of northern Japan, Tohoku. Its planting acreage reached up to 68,000 ha in 1939. Another of their varieties, ‘Okuni-wase’ (Great Nation Early), was spread through Yamagata and Akita regions, and became a recommended cultivar by the regional Departments of Agriculture.

A unique cultivar developed by the association’s breeding program was ‘Hinomaru’ (the Rising Sun), bred by Kichirobei Kudo. This variety was an innovative hybrid between Japanese and Italian strains, resulting in a less fertilizer requirement than traditional Japanese types. Although different fertilizer practice required than the rice varieties previously available, growers embraced the opportunity and ‘Hinomaru’ reached a peak planting of 36,000 ha while fertilizer was in short supply in the post WWII period.

The skill level of these farmer-breeders is demonstrated in this excerpt from Kato’s diary:

“We visited an agricultural experiment station in Koriyama... and observed the way they practiced the crossing scheme. However, there was not much to learn, so we quickly headed back home.”

This might seem like a harsh evaluation of that experiment station, but it shows that the farmerbreeders were already working at a high level of expertise.

In recent years most Japanese rice cultivars have been bred by public research institutes. However, we should remember that these modern cultivars were created by building on the work of dedicated independent farmer-breeders.