From Poulet to Gullet: Poultry Processing at Standing Stone Brewery 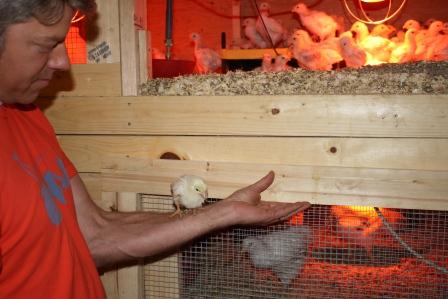 The poultry served at Standing Stone Brewing Company in Ashland, Oregon begin and end their lives right on the restaurant premises. In the basement beneath the restaurant’s popular outdoor seating area, heritage Delaware broilers are hatched and brooded from eggs collected and incubated by restaurant staff themselves. Beneath unsuspecting diners, hundreds of chicks wait for transport to One-Mile Farm, Standing Stone’s 260-acre farm rented from the City of Ashland, where beef, lamb, eggs, and chicken are raised for the restaurant’s menu. In a few months, these broilers will make the one-mile journey back to the restaurant in crates, where they are slaughtered and processed in the newly opened poultry processing room.

The on-site poultry slaughter and processing room is licensed by Oregon Department of Agriculture and operates under the producer-grower 20,000 bird per year exemption from federal inspection. It’s only one of two existing in Jackson County and the first in the state built in an existing restaurant. The white- and black-tiled processing room and adjacent egg-handling room have windows connected to the bustling kitchen, where bread bakes in brick ovens and Chef Eric Bell and staff create menus to take advantage of farm-fresh food. “It’s all about transparency here,” says brewery owner Alex Amarotico, as his son, Taylor, sorts and washes eggs for use in the upcoming week. This transparency leads to cross-pollination across all facets of the restaurant. The baker is enrolled in a six-week pasture management course, and restaurant staff rotates on and off farm, alternatively moving fences one day and serving tables the next. 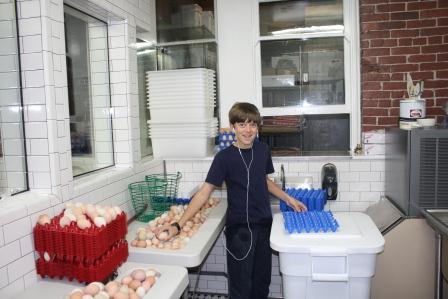 A vision of sustainability inspired the Amarotico family from the restaurant’s very beginnings. After restoring the historic Whittle Garage Building to open the brewery in 1997, the first significant expansion included installing a heat recovery system to recycle energy, solar panels to capture energy, and a poured concrete roof that can support 200 pounds per square foot, enough strength to hold a thriving roof-top garden. In 2006, the need for locally grown and affordable hops made owners Alex and Danielle Amarotico begin thinking about farming. Looking at the City of Ashland’s unused assets, the availability of open grazing land led Standing Stone to consider producing its own free-range meat. The restaurant signed the least with the City of Ashland in 2011 and sent its first beef to slaughter in mid-2012.

A farm feasibility study, completed as part of local Ashlander, Eric Strong’s, master’s thesis, helped to make the integration of farm and restaurant possible. In this capstone pro forma, “poultry production really took the spotlight,” says Alex. In 2010, Standing Stone paid $3 per pound for organic chicken, while they could produce their own ultra-local product for a mere $2. As of 2013, even non-organic chicken now breaks $2 per pound. With these rising prices, the profit margin of pasture-raised poultry for the restaurant increases even more. Poultry also play a key role in whole farm management of the leased acreage, which has adopted a Joel Salatin-inspired grazing strategy, integrating, beef, lamb, and poultry in a year-round rotation. 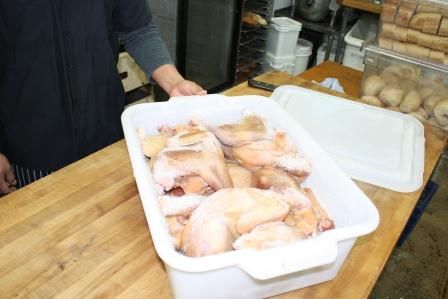 Two years later, with farm and restaurant improvements and infrastructure in place, the new challenge lies in ramping up production to meet restaurant demand. Since the processing room opened in January, two kill days have supplied about 10% of consumer needs. The multitude of new chicks in the basement portends things to come. “We need to increase our flocks in order to meet demand,” says Alex, who believes in the importance of breeding his own chickens, so that he is growing “a bird that can move on its own.” This means hatching enough Delaware chicks to meet average restaurant demand of 110 birds per week.

Meeting demand also means changing the menu to fit farm supply, a flexible management tool that Standing Stone employs through its ever-changing board of specials. A newly customized menu has also removed some favorite dishes that don’t take advantage of what the farm produces. In the short term, that means less chicken until production increases. In the long term, Standing Stone’s popular Chicken Wings will likely stay off the menu since “there are only two of them per bird.” The exciting part for Chef Eric Bell is in “using recipes that your great-grandmother would have been familiar with.” Since Standing Stone is currently slaughtering birds of all ages, Chef Bell can take advantage of traditions that use yogurt or wine to soften older meat, resulting in classic creations like Coq au Vin. “I remember my great-grandmother yelling at my grandmother because the turkey didn’t have flavor,” recalls Chef Bell, “but these Delawares have tons of flavor.” 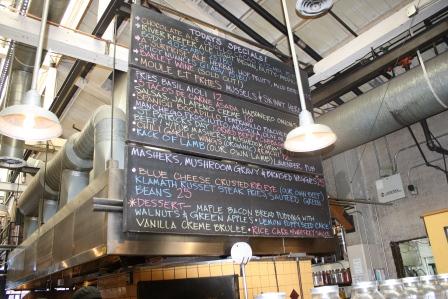 What’s next for this innovator in sustainability? The poultry processing room is just another milestone in connecting consumers directly to local food. “We’d like to see a local USDA slaughtershouse,” says Alex, whose cattle now travel 150 miles north for slaughter. A longer term farm-lease would also open up long-term agricultural endeavors, such as growing the brewery’s hops supply - the dream that originally started this restaurant down the farming path.