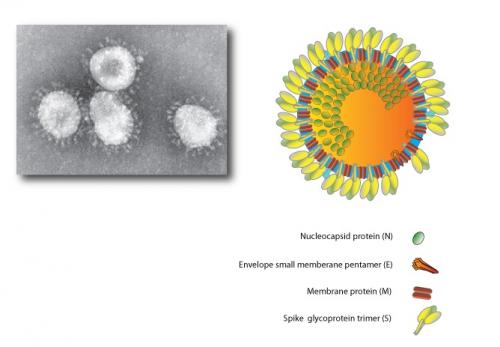 Porcine Epidemic Diarrhea Virus (PEDv) has been detected on a farm in Clackamas County. The Oregon Department of Agriculture and the Oregon State University Veterinary Diagnostic Center have confirmed the case.

PEDv is a viral disease that causes severe diarrhea and vomiting in pigs. The virus largely affects young piglets and has a mortality rate as high as 100 percent. While the disease is deadly in pigs, it is not transmissible to other species of animals or to humans and does not affect food safety.

PEDv first appeared in Europe in 1971, but was not seen in the US until its sudden appearance in April 2013. Since then, PEDv has spread rapidly throughout most of the country. The disease is highly contagious with infected animals showing sudden onset of diarrhea and vomiting followed by rapid dehydration. The virus is transmitted by the fecal-oral route and spreads easily in manure and by manure-contaminated objects (fomites) such as trailers, equipment, boots, and clothing. Virus can survive for several weeks in damp manure and cold weather dramatically increases virus survival.

There are two commercially available vaccines. The Harris Vaccine Company markets iPED (virus subunit) under a conditional license from the USDA. Zoetis also has a PEDv vaccine (killed virus). These vaccines are to be used in pregnant gilts and sows, NOT baby pigs. The concept involves stimulating the maternal immunity that is passed to the newborn pigs when they suckle colostrum. This may provide protection for the piglets for a few weeks. The initial vaccination should be at 5 and 2 weeks pre-farrowing then 2 weeks pre-farrowing for subsequent litters. It appears the vaccine is most effective for sows that have been previously exposed to PEDv rather than naïve, non-exposed females. Vaccination should only be viewed as an aid in prevention of disease and not a substitute for excellent biosecurity.

Since the introduction of the disease in the U.S., it is estimated that 7-8 million piglets have died nationwide resulting in multiple millions of dollars lost. The national PEDv outbreak has subsided, however, the disease is still in circulation and poses a constant threat to swine producers.

The infected premises in Clackamas county has been quarantined and the epidemiologic investigation is ongoing. Pork producers are encouraged to maintain strict biosecurity and take precautions to reduce exposure to other pigs. Owners are encouraged to contact their veterinarian for assistance with diagnosis, vaccination, disinfection, and other PEDv mitigation details. The Veterinary Diagnostic Laboratory at Oregon State University can provide diagnostic testing for PEDv: http://vetmed.oregonstate.edu/pedv-tgev.