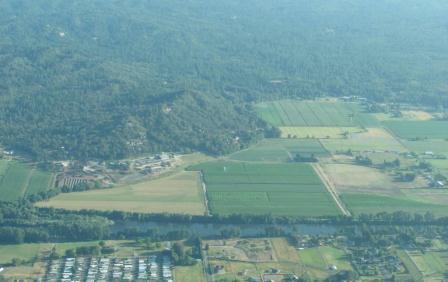 Fort Vannoy Farm in Grants Pass is a great example of how small farms can successfully adapt to current market trends in order to stay relevant and financially viable. Bob Crouse’s grandparents moved to Oregon in 1923 and built a small dairy operation. By the 1940s Bob’s father Walt had grown a solid family farm business, milking about 100 cows and growing most of his own feed. The farm has been in its current location, five miles from downtown Grants Pass, since 1962. An important member of the farming community, Walt was awarded the Lifetime Achievement, Diamond Pioneer Award from Oregon State University and still works on the farm with Bob and Barbara Crouse today. 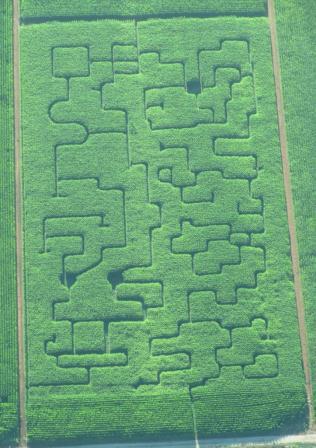 Over the past decade, however, the dairy industry has become increasingly cutthroat and most small dairies have gone out of business. During 2009 for example, commodity dairy prices reached a historic low, and dairy farmers saw milk prices cut in half from the year before. Five years ago Oregon was home to approximately 330 dairy farms that produced and sold milk. Today there are 280. Bob has faced the challenge of keeping his family farm profitable through an era that was unfriendly to the small dairy.

At its peak, Fort Vannoy’s dairy operation consisted of 520 cows. The Crouses also managed 350 acres of pasture that provided forage and hay for their animals. Fifteen years of low milk prices and two years of extremely low prices forced a transition; the Crouses needed to make radical changes in their operation in order to keep the farm. About five years ago the Crouses sold their cows and decided to produce and market hay and silage to other ranchers and livestock owners. They also raised a few beef cattle for sale. A year after they stopped milking, they began renting the dairy to their former herdsman Jesus Miramontes, who is now their biggest feed customer. This lease arrangement provides the farm with a consistent income stream while the cows produce manure fertilizer for the fields. Bob also got some of his pasture certified organic and now sells feed to an organic dairy.

In addition to expanding Fort Vannoy’s feed operation, Bob made plans to diversify his farming enterprises. He looked for ways to transform his business model by focusing on niche and direct markets. Last winter, he attended OSU Extension’s Growing Farms course in order to learn more about vegetable production and marketing opportunities for small farms.

While searching for a higher value vegetable crop, Crouse decided to add pumpkins to his rotation. 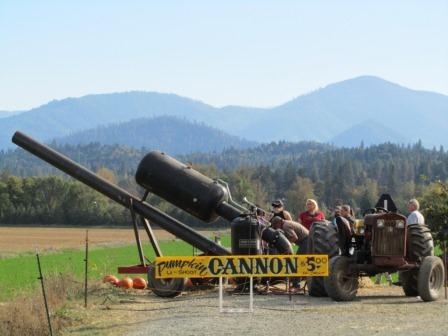 Currently, about eighty percent of his pumpkin crop is sold through a U-pick operation and farm stand; the remainder is sold wholesale. The decision to raise pumpkins has helped shape the current marketing operation: Fort Vannoy transforms into a harvest playground each September and October. Growth in the pumpkin enterprise has led to an agri-tourism venture that includes hayrides to the popular corn maze, pumpkin cannon, a zipline, and the pumpkin patch itself. The farm hosts school tours, birthday parties, and pumpkin patch visits every weekend from the last weekend of September through October. “Agri-tourism is a lot more fun than we anticipated. We watch people come in and we get direct feedback from people visiting the farm. Folks really enjoy visiting a working farm instead of just a pumpkin patch.”

The biggest challenge with this transition has been the shift in marketing and visibility. The traditional dairy was low-key from a public outreach perspective. Agri-tourism is a highly visible enterprise, and the Crouses have worked hard to raise the farm’s profile. Fort Vannoy Farm now has a Facebook page, advertisements in the local paper and the Rogue Flavor Guide, and has a booth at both the Medford and Grants Pass Growers’ Markets. Bob enjoys seeing repeat customers return to the farm for the pumpkin patch every year.

Bob continues to look for new ways to innovate. His future plans include value-added processing, a pending specialty seed crop contract, and expansion of acreage under vegetable crop production. He plans to double his acreage this winter while building new direct markets though a Community Supported Agriculture program. Bob has taken advantage of the farm’s close proximity to an urban area and strong name recognition to build a loyal customer base. Fort Vannoy Farm is a completely different operation from the one Bob’s grandparents built eighty-eight years ago. Like other successful small farms, the Crouses have been nimble and strategic in their ability to adapt to changes in the marketplace.