The Farmer-Breeder Who Shaped the Flavor of Japanese Tea: Hikosaburo Sugiyama 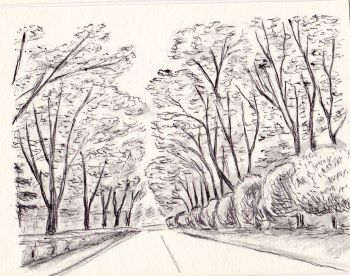 One Cultivar to Rule Them All

In the suburbs of Shizuoka City, Japan, there is a hilly area filled with modern buildings. The center of this area, where the Prefectural Library now stands, was the birth place of the tea cultivar ‘Yabukita’. It would not be an overstatement to say that all Japanese people have benefited from this cultivar.

In 1997, 75% of all tea plantings in Japan were of the cultivar ‘Yabukita’ (39,000 ha of 52,000 ha in total). The second largest cultivar, ‘Yutaka Midori’, comprised only 3.6%. No other crop is dominated by a single cultivar to this extent. If you exclude the unnamed heirloom cultivars which comprise 12% of Japanese tea plantings, the total percentage dedicated to ‘Yabukita’ increases to an impressive 85%. This trend has been true for over half a century. Historical data pre-1997 show the same reliance on the cultivar ‘Yabukita’ as today. 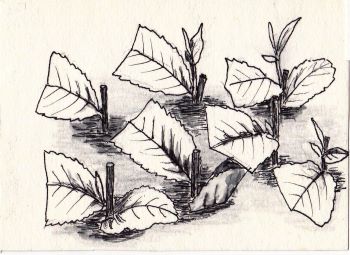 Considering its dominance of the market share in Japan, how many of the readers would have guessed that Yabukita was bred by a small farmer, Hikosaburo Sugiyama? The distinctive aroma of the tea that Japanese people consume each morning and evening is the result of his hard work and astute selections, despite the fact that national and public institutions have conducted the majority of tea breeding work in Japan. 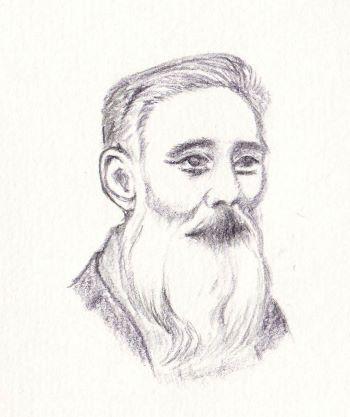 The “Weasel” in the tea garden

Sugiyama launched his tea flavor selection project around the year 1890, when he was about 30 years old. The Sugiyama family businesses were a local traditional clinic, a tea farm, and a brewery. He had a health condition that prevented him from working in the clinic so he devoted himself to running the tea garden instead.

When Sugiyama started to practice agriculture, there was little interest in tea cultivars. Many tea plantations were maintained by planting seedlings, leaving the genetics up to chance. At that time tea experts claimed that Japanese tea plantings consisted of various cultivars, and the blend of diverse flavors ended up creating the renown Japanese green tea. Many doubted that breeding efforts would have any effect on the quality of tea plants.

However, Sugiyama challenged himself to create a uniform tea planting through plant breeding. Tea cultivars are categorized by three harvest seasons: early, mid and late. He realized that if the harvest season was coordinated by planting one uniformly maturing cultivar instead of collections of chance seedlings, tea production could become much more efficient. 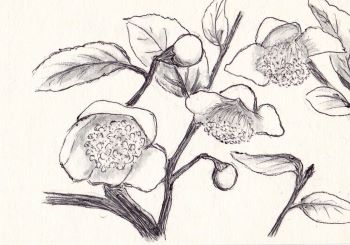 He began his breeding efforts by visiting the farm on a daily basis and identifying plants with high quality leaves. His breeding method of individual selection was a rather simple approach by current standards. He would select superior plants from various tea plantings. Then he would observe these plants over time and propagate the best selections.

The standard clonal propagation methods of the time were difficult and ineffective in the case of tea plants. He struggled mightily, but ended up finding a method that worked well for his needs: an adapted version of air-layering. To perform air-layering, you bend a shoot at 90 degrees to encourage rooting. At the time the accepted method of air-layering was to bend older branches, but they were often unamenable to rooting. He altered this technique to use young small shoots, which were much more responsive to this type of clonal propagation. This new method enabled him to reproduce his selected plants easily. He developed this new technique in collaboration with professional gardeners.

His selection methods were simple but depended on his many years of experience. He would chew fresh leaves, selecting the ones with sweetness and eliminating anything bitter or astringent. Selected bushes were further observed for two to three years, and particularly outstanding plants were increased and made in to cultivars. He ended up receiving the nickname “Weasel” as he endlessly roamed the fields, chewing so many leaves that his teeth cracked.

Sugiyama made trips all over mainland Japan looking for promising tea cultivars, as well as to Okinawa and the Korean peninsula. There was little transportation and shipping infrastructure at the time, so he always carried moss with him to keep his collections alive until he reached home. If the moss ran out, he would even stick shoots into Daikon radish to get them home safely.

Like all good stories, Sugiyama’s has several unexpected twists and turns. At the end of the 1890s, his breeding efforts came to an abrupt halt. Another enterprise of his was in development in the South Pacific territory. He went away on an unsuccessful venture and while he was abroad, all of his tea bushes were removed due to an accident.

He was able to resume his tea planting efforts nearly ten years later when he met the head of Tea Business Association, Kaheibei Otani, in 1909. Moved by Sugiyama’s enthusiasm, Otani purchased a 2.7 ha tea orchard with his own money and offered it to Sugiyama. Adding on to Sugiyama’s own small farm it became 3 ha. And those 3 ha are the site where the Prefectural Library now stands. 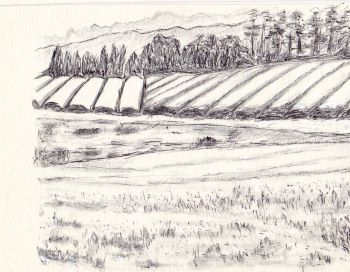 Once again, Sugiyama collected numerous tea plants, developing a selection process and propagating elite materials. However, this time around brought its own challenges. After Otani retired, the land he had given to Sugiyama was handed over to the Prefecture, and Sugiyama could not continue his work there. By then, though, nothing could stop his enthusiasm. He spent his own money to acquire sufficient land to continue his tea breeding, and ended up developing over 100 cultivars there. ‘Yabukita’ is like the summit of Mt. Fuji, sitting above all the cultivars he developed.

The name ‘Yabukita’ comes from the name of his tea plantation that was founded after clearing A Moso bamboo forest. There was one to the north named ‘Yabu (bush)-kita (north)’, and one in the south called Yabu-minami (south). Once Sugiyama identified, ‘Yabukita’ he increased it by air-layering, and it established by 1927. 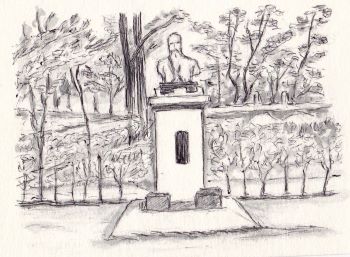 By 1931 the public began to recognize the exceptional quality of ‘Yabukita’. The cultivar was highly praised during evaluations by Shizuoka Prefecture Agricultural Experiment Station in 1934. It was registered as a cultivar at the Ministry of Agriculture and Forestry by 1953. As it uniformly matured in mid-May it could avoid frost damage, and thus became a recommended cultivar by Shizuoka Prefecture in 1955. ‘Yabukita’ is a vigorous bush with large dark green leaves. Above all, the flavor is outstanding.

Since it took 20 years from its development until ‘Yabukita’ was registered at the Ministry of Agriculture and Forest as a cultivar, Sugiyama passed away in 1941 at the age of 84 without seeing this success. However, he was more active than ever in tea breeding late in his life. He would talk passionately about his projects to his guests, never running out of things to say.

The original ‘Yabukita’ bush is recognized as a natural treasure of the Prefecture. It was transplanted to a public place near the local railway station. The bush’s canopy of dark green leaves stands well overhead. There is a monument for Sugiyama nearby as well.