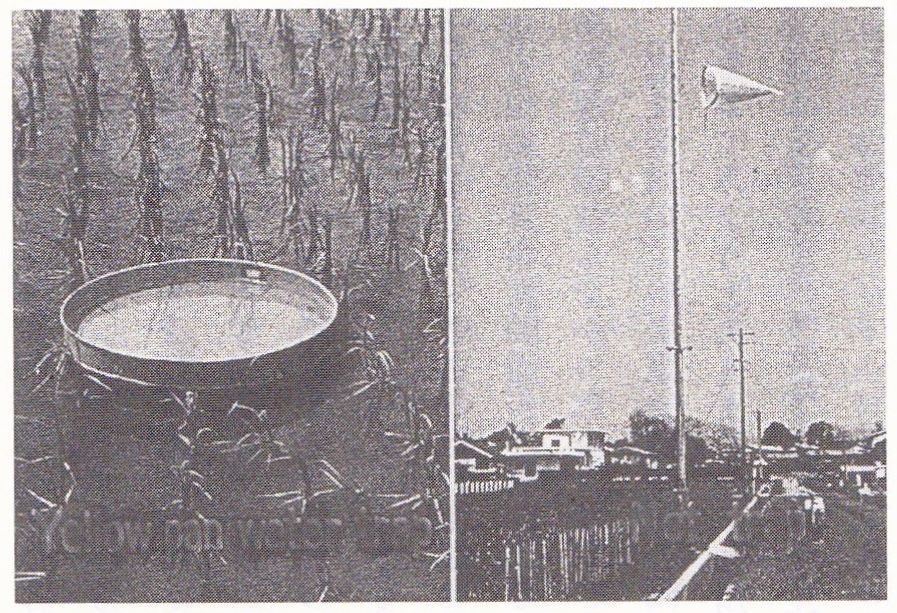 On July 16, 1967, the weather vessel of the Japanese Meteorological Agency, “Ojika”, was positioned 500 km south of Cape Shionomisaki. Suddenly, it was surrounded by countless flying insects. Tens of thousands of small insects surrounded the vessel, like powdery snowflakes. The insects were later identified as the White Backed Plant Hopper (Sogatella furucifra) and Brown Plant Hopper (Nilaparvata lugens). This observation changed the entire course of research on planthoppers in Japan. The researcher, Ryoichi Kishimoto, stationed at the Kyushu Agricultural Research Station in southwest Japan, became one of the key contributors to this research.

Both of these planthoppers are very important pests of rice. The impact that they can have on food security in Japan was illustrated by the Great Famine of Kyoho of 1773, in which 12,000 deaths were recorded across forty-six states. These numbers were probably underestimated, because the total crop was reduced to only 27% compared to ordinary years. An article by Hajime Suenaga (1985) revealed that thirty-three crop failures known to be caused by plant hoppers were counted between 1627 and 1868. To this day, there are death monuments made of stones around regions of Kyushu Island to commemorate these famines. 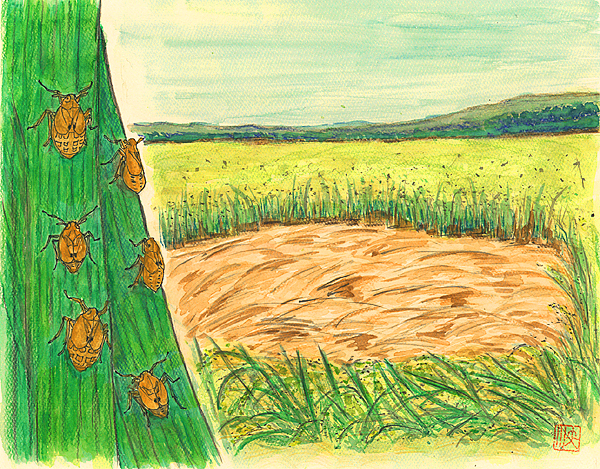 Invasions by planthoppers, such as the one noted by the crew of the Ojika, were a major factor in these drastic reductions in crop levels. In recent history, similar events have been recorded in 1929, 1940, 1944, 1948, 1966 and 1967. Such rapid invasions have regularly caused significant losses to farmers, partly because of the unknown biology of these planthoppers at that stage.

Both species of plant hoppers often appear unexpectedly in rice fields from June to July. They increase in number through the fall, causing damage to rice plants, and then disappear in the winter. How they overwinter was unknown by entomologists. There were two theories. One was that they have overwintering sites in certain regions in Japan. It was theorized that they migrated back to these overwintering sites after the growing season. The other theory was that the plant hoppers migrated from mainland China each year. The majority of the Japanese Entomology Society supported the first theory, and many “overwintering sites” within Japan had been reported.

However, the news from the Ojika weather vessel shocked entomologists. Kishimoto, who was interested in the theory of migration from overseas, was encouraged by this observation. He started a project to investigate the case with his colleagues. The scientists made multiple flight observations on the vessel over time. They set up light traps, and used water basins and insect sweepers to monitor the pest populations on a daily basis at various regions. The data revealed that the insects were migrating over the East China Sea and Kyushu.

Within a species of planthoppers there are both longand short-winged forms. Ordinarily, long winged type arrives at rice paddies, where the population will spend the next three generations. Females can lay over ten eggs each, resulting in a population increase of 1,000 to 1,500 x within three generations. Over these generations the majority of the populations are short-winged types that do not move beyond individual plants. This population increase on individual plants causes the plants to show spotty die-back symptoms. Kishimoto’s group also discovered that rice is the exclusive host of these planthoppers, and that they can fly for continuous periods of 10 to 24 hours.

In 1971 Kishimoto published a paper proposing that both species of the planthoppers were originating outside of Japan. The new theory asserted that the planthoppers came from mainland China during the rainy season along with low pressure weather systems. His theory drew attention from researchers in China and Southeast Asia, and further research was thereafter conducted internationally.

In 1987 Hiroshi Seino at Kyushu Agricultural Research Station proved the planthopper migratory flight path. The migration corridor included a low-level jetstream from South China to western Japan. Planthoppers from rice paddies in a broad area of Southeast Asia would rise up to an altitude of 1,500 to 2,000m (4,500 to 6,000 feet) on the updraft air. Once they reach the low-level jet stream, it would take one day to reach the Kyushu region of Japan with the wind speed of over 10 meter/sec.

Today their flights can be predicted by analyzing the jetstream flow, and the information can serve as an early warning tool to help prevent pest outbreaks. The mass destruction caused by the planthoppers that troubled farmers in ancient times are now a problem of the past.

The most recent study shows that the origin of the planthoppers is in Southeast Asia. They reproduce there and then move to the South of China, before finally reaching Japan. White Backed Plant Hoppers can travel about 1,000 km (600 miles), while Brown Plant Hoppers can easily travel between 1,500 and 2,000 km (900 to 1,200 miles). Oriental Armyworm (Mythimna separata) and rice leafroller (Cnaphalocrocis medinalis) have also been found to fly across the ocean to reach Japan. Even for planthoppers, the world seems to be becoming smaller.