Small Farms Program and the New Generation of Farmers 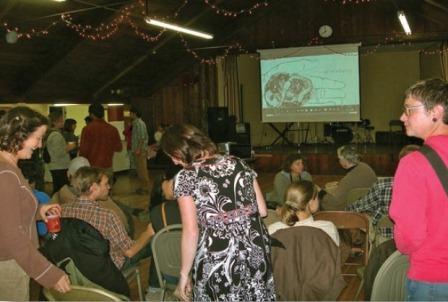 Recently, journalists have noticed the interest by young people in farming as a career. The New York Times featured Oregon’s young farmers in an article in 2011. National Public Radio recently investigated the phenomenon pointing out “… there’s a new surge of youthful vigor into American agriculture.”

Over nearly two decades, the OSU Extension Small Farms Program has witnessed and supported the growth of small farms in Oregon. This growth is being driven by several processes:

• As baby boom farmers reach retirement age we will witness an important transfer of the nation’s farmland. Although much of this transfer will occur in multi-generation farms, there will still be a demand for new farmers to fill the overall need.

• The interest by consumers in local and regional agriculture is well established and continuing to grow. It is creating new and viable farm business opportunities compatible with small farms.

• And, as pointed out above, many young people are interested in farming as a career—a true sign of hope.

The strength of these processes together creates opportunities for economic development and diversity in agriculture. The Small Farms Program is involved in a variety of activities promoting and developing new farmers. For instance, the beginning farmer workshop series Growing Farms: Successful Whole Farm Management has been offered since 2007 at various sites in Oregon (see below). But our work is more than education. Highlighted here are two events from 2011 promoting the community of young farmers.

The Generation Organic Tour represents the next 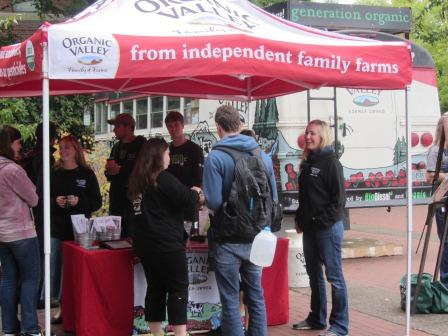 generation of Organic Valley farmers, a cooperative of dairy and meat producers. The OSU Small Farms Program and the OSU Organic Growers Club sponsored the “Gen O” visit to Oregon State University at the beginning of the 2011 fall term. Interacting with college students (and handing out hundreds of samples of string cheese and milk), Generation Organic puts a young face on farming and offers their perspectives about the challenges and opportunities facing young farmers.

The Small Farms Program along with multiple local food producers co-sponsored a screening of the Greenhorns documentary film at the Mary’s River Grange Hall. The evening included a young farmer mixer and meal with about one hundred people attending. The Greenhorns is a grassroots non-profit organization made up of young farmers and many collaborators whose mission is to recruit, promote and support the new generation of young farmers in this ample and able 21st century America. This event allowed local farmers and food artisans to network, talk farm, and enjoy local food and drinks together in addition to viewing the film.

Growing Farms is a seven part course designed to provide beginning specialty crop and livestock farmers with the tools and knowledge to manage both the biological and financial risks of farming. Participants will assess their farm enterprise and gain the ability to develop a whole farm plan. This program targets farmers in their first 5 years of their farm business.

This program also offers opportunities for new farmers to share ideas, network with each other and learn from experienced farmers on field trips to local farms.

Many of the people who attend Growing Farms come with a desire to learn more about starting a farm business or adding a new enterprise to their current business.

Retired veterinarian Robert Bradford took the Growing Farms workshops in 2009 to set goals, clarify his values and measure risks to determine what his niche market plans might be. Now the Bradford Family Farm in Rogue River is the first Oregon Department of Agriculture-licensed chicken and rabbit processing facility in southern Oregon. The license allows the farm to sell the meat at markets, restaurants and grocery stores.

“We also are growing a couple acres of wheat,” Bradford said. “We plan to bring the wheat to farmers’ markets in the spring to grind on site as it’s purchased.”

One young farmer, Gary Bernet, used his degree in marketing and what he learned in the Growing Farms workshop to revive his family’s farm with an agri-tourism corn maze and pumpkin patch.

“Growing Farms gave me a better grasp of the whole farming picture,” Bernet said. “It’s easy to focus on the parts you want to see, but the course forced me to look at all aspects of a farm business, not just growing a crop.”

On-line registration is now available at http://smallfarms.oregonstate.edu/growing-farms-workshopseries or by calling Melissa Fery or Amy Garrett at (541) 766-6750.