Russet Burbank potatoes have been researched extensively, however comparatively little is known about fresh market varieties, including yellows, reds, blues and purples. Even less is known about growing these varieties under organic management.

For this reason, eleven organic farmers in Oregon and Washington are working closely with OSU faculty to improve their potato production methods. This on-farm research project is affectionately known as OSPUD. Dan Sullivan, Alex Stone and Paul Jepson are the main investigators of OSPUD, but the project uses a participatory process that allows growers to set the direction of the project and make decisions co-operatively. Lane Selman is the Project Coordinator, and Gwendolyn Ellen facilitates decision-making. 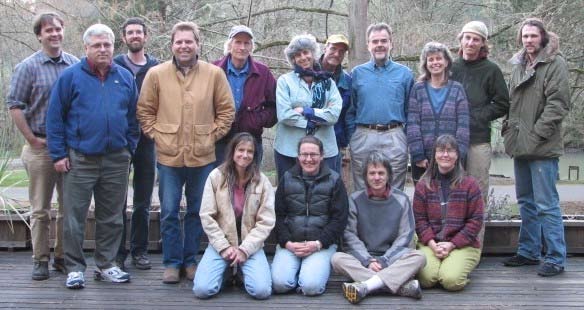 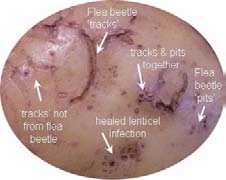 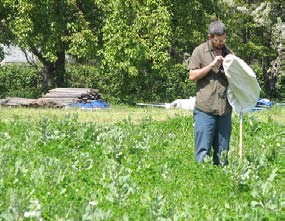 Late blight caused the Irish potato famine in 1845 and continues to be a significant potato disease today. OSPUD growers identify areas on their farms, such as cull piles, that can potentially harbor late blight and other diseases. Practices can be modified to reduce inoculum and delay the onset of disease. OSPUD is evaluating new potato varieties for numerous desirable qualities, including disease resistance and taste. ‘Defender’ and ‘Jacqueline Lee’ both rate high in taste tests and demonstrate late blight resistance. An expanded variety trial has been implemented this year in hopes of identifying blight resistant cultivars. Late blight resistant varieties could reduce copper use on organic farms; the only organically allowed fungicide that is effective. 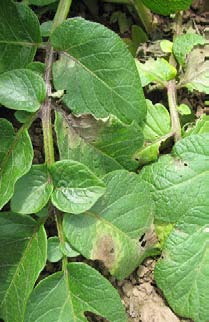 Another OSPUD goal is to fine tune nitrogen management and monitoring strategies for organic potato production. Soil, petiole and whole plant sampling is used to investigate the timing and amount of nitrogen uptake by potatoes in organically managed soils. Zero-fertilizer trials compare fertilized plots to unfertilized plots, in order to gain insight into the natural mineralization of nitrogen from organically managed soils. Project collaborators hope to develop diagnostic petiole nitrate levels for popular organic varieties that can be incorporated into an organic nitrogen management strategy.

Some OSPUD growers have shared their enterprise budgets, developed over years of farming, with the group. These budgets identify specific costs associated with potato production, with some fixed costs, such as tractor use, averaged across the farm. With a realistic estimate of production cost, prices can be set to ensure financial viability. 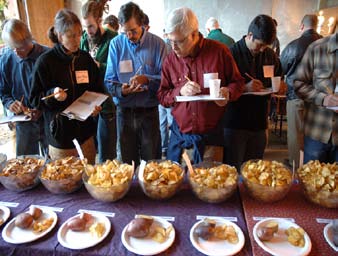 OSPUD collaborators hope to expand the project into other areas, including evaluating existing germplasm for organic production by market niche. In October 2006, a group of 50 chefs, farmers, researchers and industry representatives convened at Gathering Together Farm in Philomath, Oregon to evaluate a number of potato varieties. The test included commonly grown varieties, lesser-known varieties with desirable qualities, and others bred at universities but not yet available to the public. Twenty-five varieties were steamed, chipped and french-fried. Characteristics including appearance, taste, texture and flavor were evaluated. Taste evaluations combined with field trials provide insight on which varieties are best suited for the organic marketplace. Testing nutritional value and antioxidant levels is also of interest in marketing a value-added product. 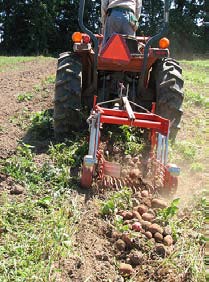 The OSPUD website is a great way to find more information about the project. Once the field work is complete, a set of OSU extension publications on organic potato production will be available. For more information on OSPUD, contact Lane Selman.