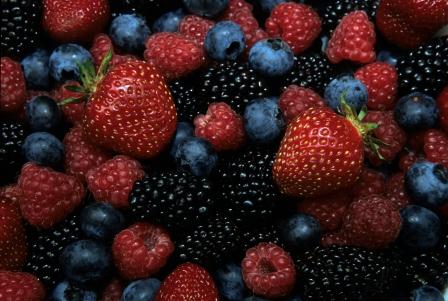 Many farms will be required to go through some sort of Good Agricultural Practices (GAP) certification process in order to satisfy buyer demands or because they will be required to under the new Food Safety Modernization Act. Recent outbreaks of food borne illnesses that have been traced to relatively small scale farms show that no fresh market growers are immune to ensure microbial food safety concerns, regardless of whether GAP certification is required.

Modern epidemiological methods make it more likely that the sources of food-borne illness outbreaks can be revealed, and the findings of these investigations contribute to the increasing attention paid to food safety on farms. The growing number of immunocompromised people in the U.S. including the elderly, transplant recipients, HIV and cancer patients and others being treated with immunosuppressant drugs increases the risk of contracting foodborne illness. The Center for Science in the Public Interest identified 684 outbreaks involving 26,735 cases of illness from contaminated produce from 1998-2007.

Good manure and irrigation water management are important for ensuring food safety. New research findings confirm some of the practices already being implemented on farms following the National Organic Program (NOP) standards. However, the NOP standards are not comprehensive food safety guidelines, and new research is beginning to show where additional precautions may be warranted. A recent Washington State University GAPs workshop in Portland highlighted some of this research, and the USDA Agricultural Research Service (USDA/ARS) in Beltsville, MD has been investigating the food safety of organic vegetables since 2006. This article identifies some common practices that promote food safety and some of the research that supports their use.

Pre-harvest intervals for raw manure may reduce pathogen populations, but potentially harmful levels can persist on some crops for several months.

Recommendations regarding application of raw manures are currently being assessed by the FDA due to new pathogen survival data from research in agricultural environments.

Current NOP standards require that raw manure be incorporated at least 120 days before harvest of crops that come into contact with the soil surface or soil particles, and 90 days for crops that don’t have that contact. Current FDA recommendations for raw manure include incorporation of raw manure into the soil prior to planting and maximizing the time between manure application and harvest as much as possible.

In a different study researchers in Wisconsin used lower levels of generic E. coli as an indicator of fecal contamination and monitored the soil and carrots, lettuce and radishes. In the soil they also observed a rapid initial decline followed by persistent survival of smaller numbers of generic E. coli from 90 to more than 167 days after application. They found that root crops were at higher risk of contamination than the lettuce. Increasing the fertilization to planting interval (ranging from 13-90 days depending on crop) reduced the likelihood of root crop contamination in loamy sand soils, but not in silty clay loam soils that were more likely to stick to the edible roots. The pre-harvest interval was less important than the fertilization to planting interval in this study. The researchers strongly advised Wisconsin organic vegetable growers to use consider only using composted manure or non-manure derived fertilizers during the production season, especially in the relatively short season crops they studied.

The 90 and 120 day pre-harvest intervals appear to reduce the population of fecal coliforms in the soil, but they may not prevent crop contamination in some situations. When growing high risk crops such as leafy greens, melons, tomatoes, root vegetables and berries, risks can be reduced by using composted or processed manure or non-manure derived fertilizers. Manure application records can help to make sure crops are not harvested within the pre-harvest intervals.

The NOP standards and NOSB guidelines prescribe time and t 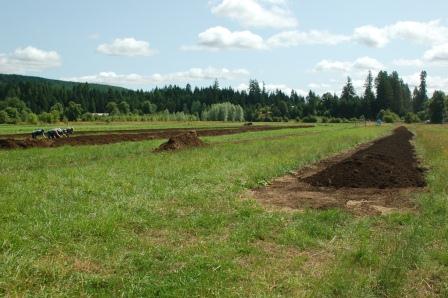 Very recent research from the USDA/ARS in Beltsville, MD monitored pathogen populations in minimally managed cow manure compost piles that were simply insulated with a layer of straw to improve the thermophilic profiles during the composting process compared to manure-only piles. The piles were not moved, turned or aerated. Generic E. coli and Salmonella were undetectable after 7 days and Listeria was undetectable after 14 days of composting, but the pathogens survived well after 28 days in the manure-only piles. This demonstrates that even very simple composting methods can reduce pathogen loads compared to application of raw manure. Remember that any manure-derived compost not meeting the NOP time-temperature requirements must meet applicable 90-120 day pre-harvest intervals.

Composting reduces pathogen populations when time and temperature relationships are sufficient. Adherence to the time and temperature requirements should be used as a method of pathogen reduction. In addition cross contamination from the composting and feedstock storage areas should be avoided to protect produce. The composting areas should be located a minimum distance from production areas so that water runoff, rodents and high winds are less likely to cause contamination. Farmworkers should also be trained so that they don’t carry raw manure onto crops on their clothing, tools or equipment.

Irrigation water may contaminate some crops depending on the water source and irrigation method.

Open surface water generally has a higher risk of pathogens than well water or municipal water. Upstream and other nearby land uses should be included in assessment of the level of risk from livestock. Are livestock fenced out of streams? Does sediment and runoff from manure get into the water? Can irrigation water get contaminated during floods or heavy rain? Irrigation methods also influence the level of risk. On many crops overhead irrigation is a greater risk than drip irrigation where the irrigation water may not come into contact with edible portion of the crop.

You can monitor irrigation water by testing for indicator organisms such as generic E. coli and fecal coliform to assist in determining whether your irrigation water poses a risk to food safety. Municipal water is regularly may have water tests that can supplement your own results.

Acceptable levels of indicator organisms in irrigation water for different commodities have not yet been established, although the Leafy Greens Marketing Agreement (LGMA) is currently used by many leafy greens producers. The LGMA recommendation for irrigation water that contacts foliage is a rolling average of below 126 MPN or CFU/100 ml for 5 samples, and less than 235 MPN or CFU/100ml generic E. coli in any one sample. Their rolling average standard for drip irrigation is the same, but no individual sample can exceed 576 MPN or CFU/100ml. These standards were adapted from EPA recreational water safety criteria and haven’t been verified for crop irrigation. Different standards may be used by other GAP programs and for other crops. Researchers in California found that most of the E. coli O157:H7 from spiked irrigation water died within a few days, but some survived for up to a month. About 5% of the lettuce plants tested positive after 28 days, and 0.5% tested positive after 35 days.

If irrigation water is contaminated, some sort of treatment may be required. Some producers treat irrigation water with liquid or gas chlorine (Cl), which can be injected without filtration. Ozone or UV treatments are possible, but are usually cost prohibitive. USDA/ARS researchers have recently been investigating an alternative using modified sand filters that are sometimes used to treat drinking water in the developing world. A layer of zero valent iron filings (ZVI) is added to the sand filter to treat contaminated water. Researchers are finding ZVI sand filters to be much more effective than sand filters in removing E. coli O157 from irrigation water, and significantly lowering the level of E. coli on overhead irrigated spinach. If these results are consistent when other bacterial pathogens (Salmonella, Listeria spp.) are inactivated by ZVI, then this treatment could mitigate bacterial contamination of fresh produce.

However, additional work will be needed to scale the method up for commercial irrigation and ensure that the appearance of the final produce isn’t affected by the ZVI-treated water. This work may lead to an alternative to Cl if water treatment is needed. Practices needed to enhance food safety depend in large part on the type of crop being produced, farming methods and the environment around the farm. Crops whose edible portion comes into contact with soil and irrigation water and that are often eaten raw are probably at the greatest risk of contamination. Over time, new research and the implementation of the Food Safety Modernization Act may help to clarify GAPs for individual crops. Until then, attention to manure preharvest intervals, composting and manure processing, and irrigation water quality will promote the safety of your produce.

Thanks to Andy Bary, Karen Killinger and Craig Cogger from Washington State University Extension, and to Manan Sharma and David Ingham (USDA/ARS) for the information they contributed to this article.

USDA/ARS Project: Microbial Ecology and Safety of Fresh On-