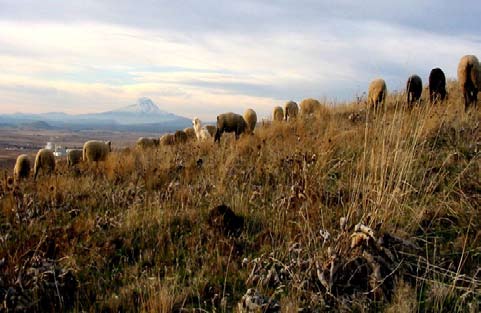 The Lefever-Holbrook Ranch in Goldendale, Washington, actually has its beginnings on the west side of the state in the town of Pacific. Paulette Burns was one of five children raised in Pacific on four acres. In addition to the children, an assortment of smallscale agricultural products were raised or produced on the farm, including beef cattle, vegetables, dairy calves, hogs and chickens. Paulette says, “We didn’t have a lot of money but we learned the value of producing our own food.” The family picked wild berries for home use and used fresh eggs to make their own bread. “My mother was into health food before it was the rage,” Paulette reflects.

As she moved into high school, Paulette became active in FFA, raising and/or showing market lambs, hogs, beef, chickens and plants. Public education about agriculture was always important to Paulette, so while in FFA she was involved with live animal displays at Pike Place Market and other Seattle venues. In addition, Paulette was involved with a week-long agricultural display on the Auburn High School lawn; busloads of youth from far away schools would come to see and learn about farm animals at this event. 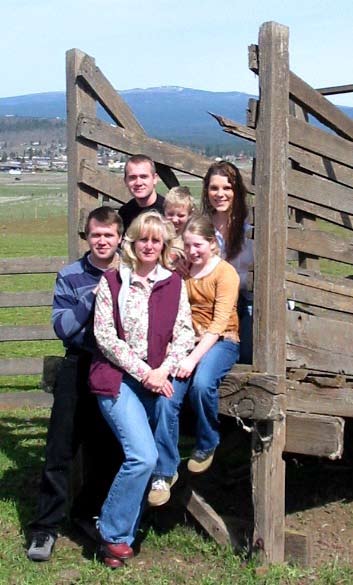 In 1978, Paulette began raising Natural Colored sheep. She sold breeding stock and meat animals as well as wool for hand spinning. “This was when the spinning craze was just taking off in the cities,” Paulette says. She served on the committee for the first Shepherd Extravaganza during the Folk Life Festival at the Seattle Center. She displayed her sheep at various shows, sales and fairs throughout the Pacific Northwest and had a high-selling Natural Colored ram.

In 1979 Paulette moved to the Lefever Ranch in Goldendale, Washington. However, moving from the wet to the dry side of the state precipitated a change from Romney to Rambouillet sheep, which were better suited for hot, dry and windy Klickitat County. Paulette also began to teach spinning classes and sell USDA-inspected lambs to stores and directly to urban and rural consumers. “I was interested in getting added value in all areas of my sheep enterprises,” she explains. She promoted lamb by sponsoring free lamb tasting events at local grocery stores and community events. Entering a new phase of life and agriculture,Paulette moved on to raising and selling braided garlic, herbs, pumpkins, Indian corn, morel mushrooms and antiques. She began a food catering business for local events at museums, churches, etc. Her involvement with catering went large scale when Paulette became associated with Bishop Services, a multi-enterprise business in Goldendale.

The Lefever-Holbrook Ranch started in 1989 as a sheep and beef enterprise. Four children—Daniel, Matthew, Madison and Conor—became part of the operation as well. Dan and Matt purchased and showed 4-H market lambs. Matt decided to raise wether sires and ewes (animals used in terminal crosses to produce market lambs) for his Goldendale FFA Supervised Agricultural Experience (SAE) project. He purchased his first ram to breed to Suffolk-Hampshire cross ewes “and the fun was on,” Paulette remembers.

Matt was first in Washington state in the SAE Sheep Proficiency Award. He was judged one of the top four in the nation and won the national FFA trip to Costa Rica in 2002. Matt was the first in Washington to raise wether-type Suffolk breeding sheep. Lefever-Holbrook animals sell and show extensively throughout the Pacific Northwest. Firm believers in Best Management Practices that will improve the sheep industry, the Lefever-Holbrooks test their animals for both Spider Syndrome and Scrapie-resistance genetics. For examples of the flock’s accomplishments, visit the Lefever-Holbrook website.

While Matt is away at college, siblings Madison and Conor are moving into the showing and care of the 60-ewe flock. Their weekends are spent at fairs, market sales and jackpots as well as shearing, feeding and doing all the other routine chores that go along with keeping a sheep flock healthy. Time is also devoted to keeping the ranch’s herding dogs and livestock guardian dogs fed and happy and healthy. 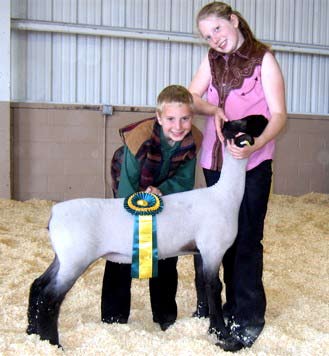 Between raising children and sheep, Paulette still fits in time to serve on school committees and raise vegetables, flowers, berries and herbs. As a WSU Master Gardener and someone with an insatiable interest in learning, Paulette is always trying out something new in the garden. She is especially interested in native plants. Paulette is also a 4-H volunteer, which gives her plenty of opportunities to help youth learn through hands-on experiences.

Speaking of learning, Paulette was and is the driving force behind the Northwest Lamboree, an educational event for and about the sheep industry. The event is attended by youth and adult sheep enthusiasts from throughout Washington and Oregon. Held in Goldendale, the Lamboree just completed its third successful season. It is important to Paulette and the other Lamboree organizers that the Lamboree educates the public about all types of sheep enterprises, from breeding stock to market lamb projects, from fiber sheep to hair sheep.

What’s the next endeavor for Paulette and the Lefever-Holbrook Ranch? As Paulette says, “Who knows?” Her advice is to “change with the flow of life, do the best you can, enjoy family, friends and the road you are on. Eat good food and find the ‘funnies’ every day. A good cup of coffee starts the day right! Walk the garden and connect to the dirt. Go barefoot!”