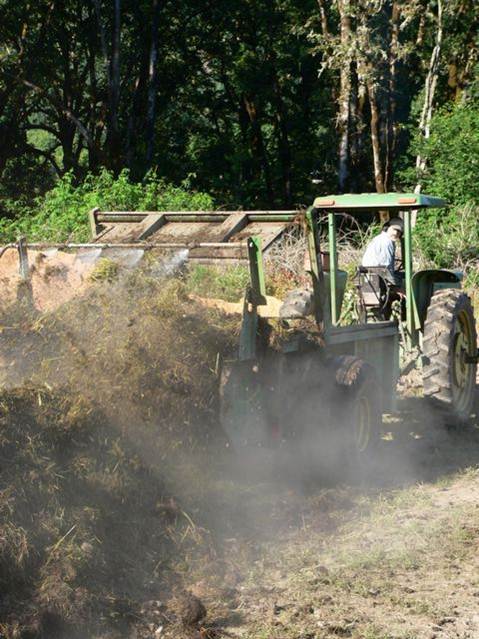 In 1980 Jack Gray and Mary Jo Wade started Winter Green Farm just 20 miles west of Eugene, five years later Wali and Jabrila Via joined them and in 2009 long-time employees Chris Overbaugh and Shannon Shipp-Overbaugh also took joint ownership of the farm. The farm is certified organic and Salmon Safe by Oregon Tilth and also uses biodynamic methods. They strive to create a productive farm in harmony with the earth, and view the farm as a living organism and ecosystem.

They integrate beef with a wide array of vegetables, herbs, and fruit. They sell their farm products through a thriving Community Supported Agriculture (CSA) business, at seven Portland and Eugene area farmer’s markets and through wholesale channels. Their own line of pesto and pesto base are also popular products. They include cover crops in their rotation and raise beef cows to maintain soil quality and supply nutrients for their crops while minimizing external inputs. They maintain about 145 acres in pasture and hay (some in permanent pastures and some as part of their rotation) and 25 acres of intensive crops. By combining crop and animal husbandry they manage a profitable whole farm system that closes nutrient loops as much as possible.

Compost is the link between their livestock and crops, Wali Via manages their composting activities and is highly regarded in the sustainable agriculture community for his composting expertise. “Composting is the backbone of our overall fertility program”, their other primary fertility inputs are agricultural limestone and dolomite. In recent years they have been experimenting with nutrient balancing and have brought in other mineral nutrients on certain fields.

They use a five year rotation. The first two years they grow vegetables followed by a fall seeded cover crop. In year three they grow vegetables then seed a pasture in the fall. The pasture is maintained during years four and five before returning to vegetables. The years the rotational fields are in vegetables the fields get about 10 cubic yards of compost per year. During the years in pasture intensively grazed cattle contribute their manure. As of 2013 they have shifted to a six year rotation adding an additional year in pasture. Permanent pasture fields receive approximately 5 cubic yards of compost every five years.

In a usual year they make between 400 and 600 cubic yards of finished compost. Wali makes compost mainly from materials from their farm: beef manure bedding and hay, grass and clover greenchop, finished compost or soil, and any accumulated old hay or balage. They also use some horse manure with wood chip bedding from a neighbor’s stable. Sometimes they use greenchop from on farm annual cover crops and occasionally import separated dairy solids or broiler litter from off-farm. 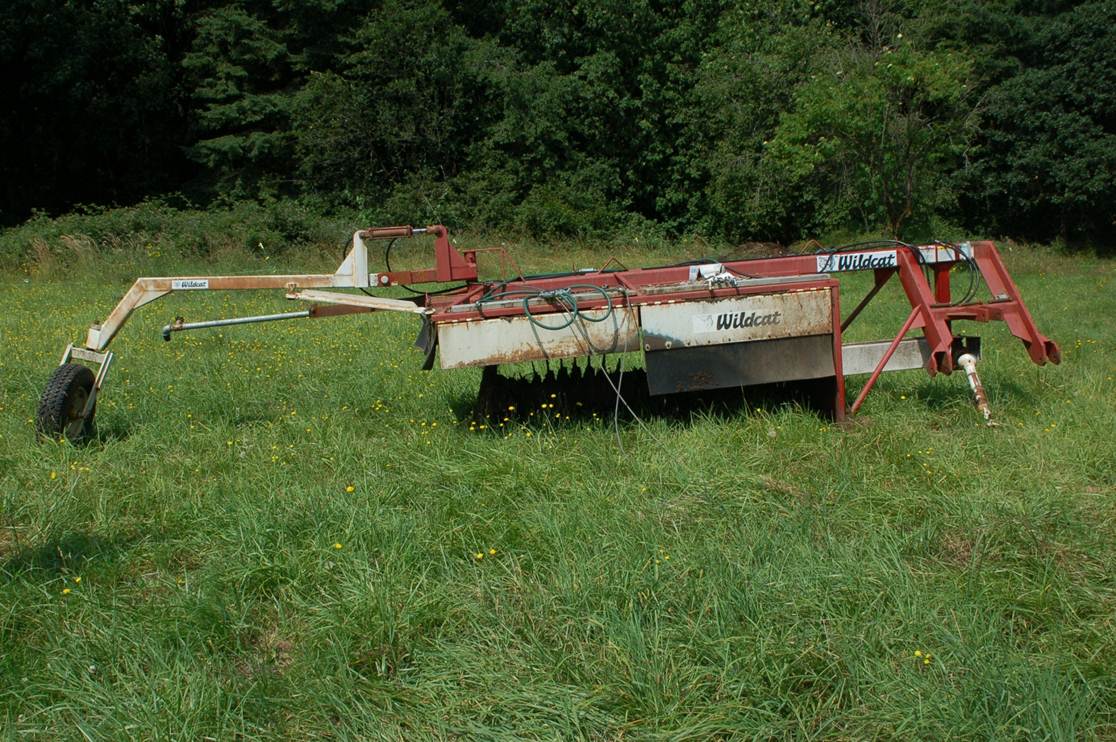 Their standard mix is about 40% beef manure bedding, 55% greenchop and 5% old compost. Additionally, they produce compost made from vegetable trimmings, soil from root washers, and greenchop, which is applied to their permanent pastures and hay fields.

Their piles are managed in long windrows. For a long time Wali loaded the compost feedstock into their rear discharge manure spreader which mixed the feedstock and built the windrows as the tractor crept forward.

About 5 years ago they bought a compost windrow turner which helps them keep up with National Organic Program standards to turn the pile frequently during the hot thermophylic phase. Wali noted that the windrow turner doesn’t blend wet and dry feedstock together as well as the manure spreader, and now finds it a bit more challenging to maintain consistent moisture throughout the pile during summer composting.

At Winter Green Farm they are very committed to protecting wetlands, riparian areas and water quality on and near their farm. They compost during the dry summer months which allows them to manage moisture content in the piles, and prevent leaching. They maintain wide grass filter strips between their windrows. If any leachate is generated these strips protect water quality by preventing runoff and improving water and nutrient infiltration and uptake.

During the winter they cover their windrows with plastic to prevent storm water from creating large volumes of leachate that could overwhelm their filter strips. Their composting site is in a level field of Nehalem silt loam soil. The site is about 200- 300 yards north of the Long Tom River and 300- 400 yards south of a wetland. Wells in the area are 70-350’ deep. They maintain thick permanent grass around the composting site.

Because they compost more than 100 tons of feedstock each year they were required to apply for a compost registration permit with the Oregon Department of Environmental Quality (DEQ). No concerns were raised during the risk screening and inspection process. But they had to apply for a Land-Use Compatibility Statement and go through the application and inspection process. During their visit the DEQ inspector thought Winter Green Farm was doing a great job protecting water quality.